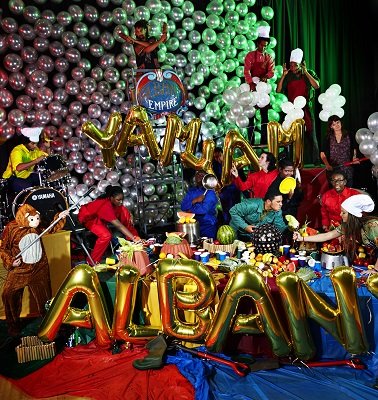 To Do List favourites Frank Chickens join forces with roaming restaurant Mazí Mas for an evening of yummy grub and crazy cabaret at The Albany!

The finale of the Yam Yam! East festival – which has taken inspiration from East Asian food and culture – sees Mazi Mas and Kazuko Hohki teaming up for an evening of great food and offbeat entertainment. The £20 ticket includes a three course meal plus performances from award-winning art pop icons Frank Chickens and Japanese performance troupe Peskimo.