Have A Ball This February With Our Pick of the Best Winter Olympics Events in London!

Over 2,500 athletes from 88 countries slide in various styles and at various speeds in 98 events across 15 winter sport disciplines… and we watch from the warmth of our living rooms!

Yes, the 22nd Winter Olympics is upon us, a chance for us all to marvel at the intricacies of curling, the death-defying skeleton, and the permatans and sequins that is the world of professional figure skating!

Of course, this Winter Olympics is perhaps a little more noteworthy than most in recent memory, as the Russian Federation hosts a major sporting event for the first time. Ah, Russia, Putin’s Russia – modern, progressive and inclusive are just three of the words you might avoid when describing a country whose most recent controversy has been its crackdown on “propaganda of non-traditional sexual relations”.

The Olympic movement has always been able to spot a hot potato on the horizon, and inevitably, unfailingly, embraces said legume with open arms. So, add Sochi to a list including Beijing (2008) & Berlin (1936).

To Do List is not boycotting the Winter Olympics. We like seeing people falling arse over tit on ice as much as anyone, and choosing not to watch on TV as a gesture of solidarity towards any oppressed groups in Russia will not make a difference. Instead, we’ll be enjoying two weeks of icy fun and games AND occasionally getting off our arses to head along to events being held in London which aim to illuminate the continuing injustices which an Olympic games can not mask.

A rapid-response protest piece against Putin’s recent anti-gay laws, by  verbatim playwright Tess Berry-Hart, has been developed into a full-length play which explores the historical and political background of widespread homophobia in Russia.

Sochi 2014 is an opportunity to focus on Russia’s hardline attitude towards lesbian, gay, bisexual and transgender people, and aims to suggest solutions that will continue long after the Olympics closing ceremony. What can the countries of the world do about this? What can we ourselves do? What will happen if we do nothing?

100% of profits from all performances will be donated to SPECTRUM, Russia’s leading human rights organisation devoted to human rights advancement on behalf of people who experience discrimination or abuse on the basis of their actual or perceived sexual orientation, gender identity or expression[/vc_column_text][vc_column_text] 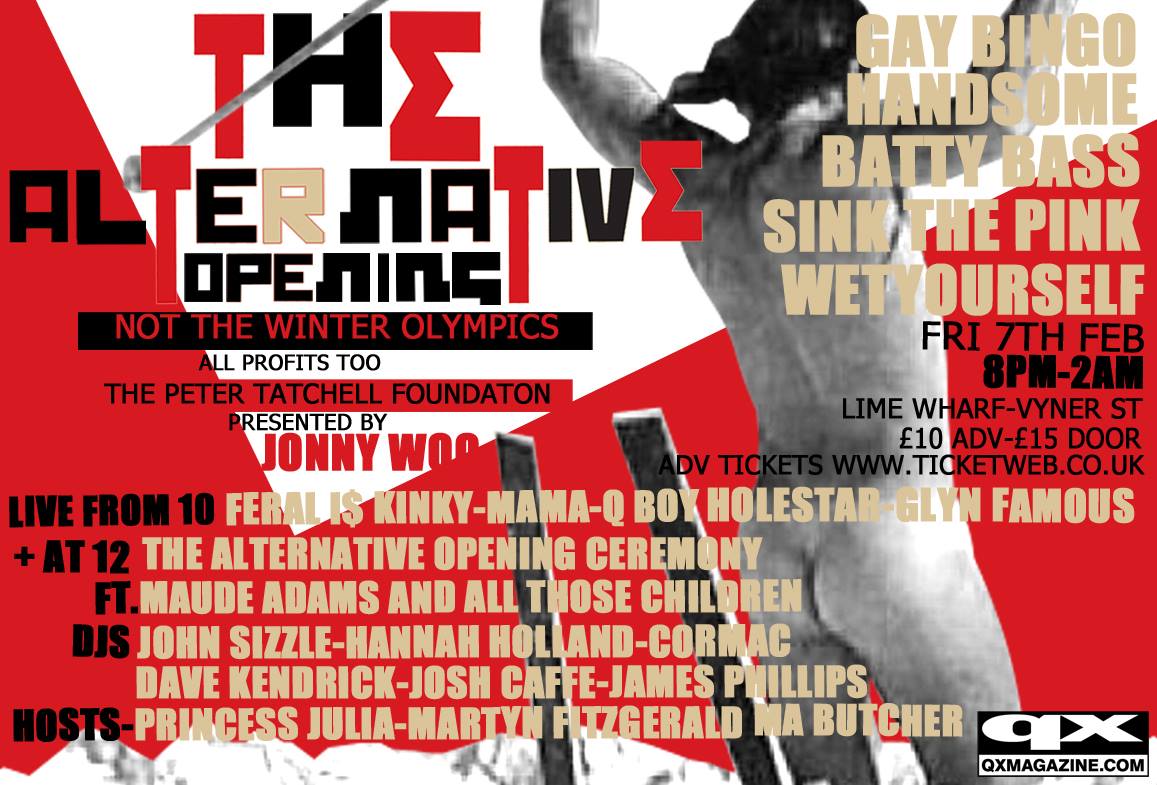 To coincide with the opening ceremony of the Winter Olympics, Jonny Woo and QX Magazine present a knees-up and hoe down to raise money and awareness for the Peter Tatchell Foundation. Peter has campaigned for LGBT rights both in the UK and abroad since the early days of the gay rights movement, and this is an opportunity to show support for his efforts and to help him continue his fight against prejudice and hatred.

AND WHAT A LINE UP! 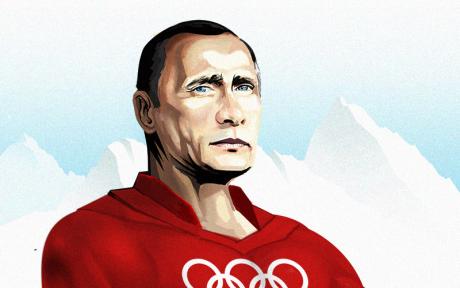 What does it really take to pull off the most expensive Winter Olympics in history? Documentary film Putin’s Olympic Dream follows the epic project of preparing for Sochi 2014 as it unfolds, capturing those involved at all levels, from entrepreneurs and oligarchs to immigrants, athletes and activists.

In preparation for the Olympics, Sochi has undergone some of the most dramatic and expensive changes of any hosting city. Formerly a nostalgic Soviet holiday resort, filled with beautiful sanatoriums, the ‘Cannes of the Soviet Union’ has been fast tracked to becoming a very modern Russian city.

Of course, for Vladimir Putin the games are much more than a sporting event, they are Russia’s bid to return to the world stage, and a status project of colossal proportions. With no time to lose, financial, economic, political and ecological limits are breached to make it happen, and filmmaker Hans Pool captures it all as resources and people are stretched to breaking point.[/vc_column_text][/vc_column][/vc_row]