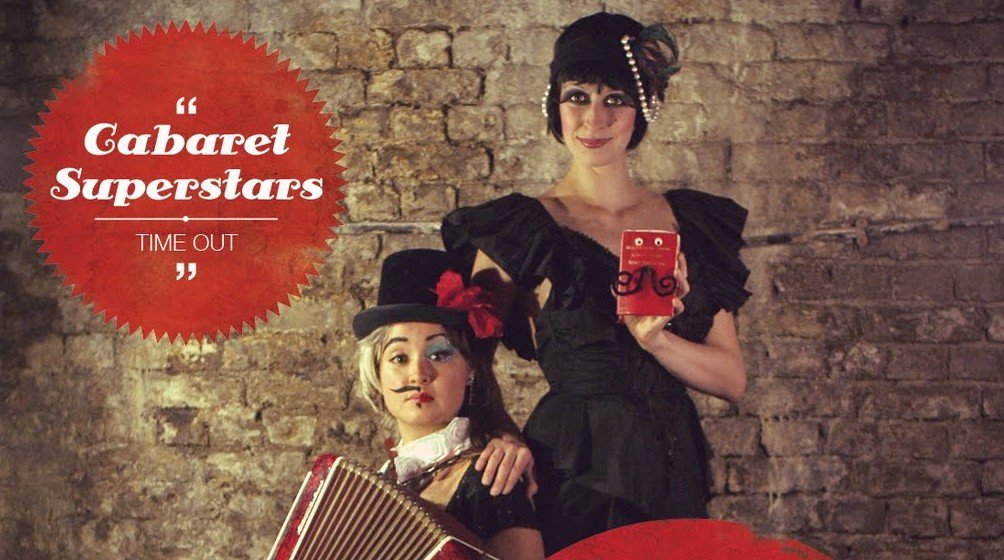 EastEnd Cabaret: The Revolution Will Be Sexual

Eat Your Heart Out Presents…Violence

“a thoroughly chucklesome…cheeky-chappy of a  three-man show”

Having recovered from our summer tent experiences, To Do List was ready to get back under canvas… so long as that canvas also had under it a promise of fun times (and a bar)…

The Arcola Tent didn’t disappoint and, as we didn’t have to sleep in it (on a slope, blood rushing to head, with rain dripping on our faces), we were all the merrier. Bottle of wine secured, we snaffled a table, ready to enjoy EastEnd Cabaret‘s latest offering – an evening of saucy songs, “too-much-info” tales, gin-soaked musing on sex, love and, erm, communism… and a massage from a (puppet) monkey. Super-brill, twenty-seven stars.

We don’t make trips to Hammersmith without good reason (nothing against Hammersmith, it’s just a bit of a trek from To Do List HQ)…

But when it’s to see an Eat Your Heart Out ‘show’, at the swanky Riverside Studios (we’d tell you about the (probably) great food in the restaurant, but we couldn’t get a table grrr), then we can make the effort.

Confrontational, thought-provoking stuff, with amazing performances and great music… well, that sentence just doesn’t do it justice. Violence isn’t really a show at all, it’s an experience. Love it or loathe it, or fall somewhere in between, Violence will make you think. We like thinking.

See this if you like: The Care Bears Movie*

To Do List HEARTS the Hen & Chickens Theatre! The bar staff complimented our glasses, which is always a good start… No “good glasses beer discount” mind, they should work on that…

We were in the North (of London) to catch Dracula: Sex, Sucking & Stardom, a thoroughly chucklesome jaunt through Bram Stoker’s classic bloodsucker romp. This is a cheeky-chappy of a  three-man show which shows just enough respect to the original story, whilst dropping in some inspired re-worked songs (a Bublé ‘classic’ stole the show for our audience) and shamelessly meddling with the well-known material (here, Dracula wants to star in an Andrew Lloyd Webber musical!).

Daft and dippy, and comfortingly accessible – perfect for letting your hair down and having a good old guffaw. Oh, but you might need an umbrella. That’s all we’re saying.

*…and need a reality check :p