Our favourite luchador Cassandro is a 5ft 5in camptastic legend and we were delighted to ask him some burning questions we had ahead of The Greatest Spectacle of Lucha Libre. This electrifying three-day extravaganza from 9-11 July 2015 is taking over London’s York Hall in Bethnal Green. Don’t miss the THRILLZ! 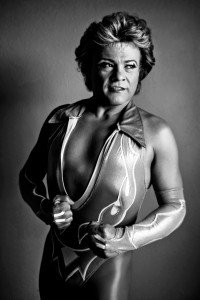 Lucha Libre is part of our culture in Mexico and it’s where men become superheroes by wearing masks and special lucha libre costumes. It’s a high-flying acrobatic and wrestling performance in a ring. I see it as a free therapy session for people of all ages, where they can expect the unexpected and let their imaginations fly.

What is an exotico wrestler and why do you think a character like Cassandro is so important to Lucha Libre?

An ‘exotico’ wrestler is a flamboyant, openly gay wrestler, who brings diversity to the world of wrestling. My persona ‘Cassandro’ is one of the pioneers, who has changed the perspective, and opened the minds of the fans, showing them that gay people can also become the greatest wrestlers in the world.

What made you want to become a wrestler & how did you end up becoming an Exotico?

Wrestling is part of the cultura; and little boys grow up wanting to be lucha libre wrestlers. Why exotico, is that ‘what you see is what you get’ – this is me. I am being true to myself. 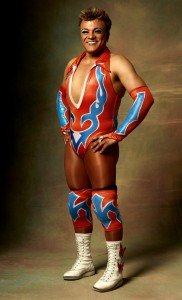 How did your signature move the ‘Liplock’ come about?

It is one of my essential, and who I am. It’s an attacking move, and the fans adore it so why shouldn’t I give them what they ask for.

What’s been your funniest experience in the ring?

My goodness, gracious, I have had twenty-seven years of funny experiences in the ring…The best one is when I fly out of the ring and accidentally land on someone in the audience instead of on my opponent.

What’s it like being openly gay in the macho world of wrestling?

It is very difficult at first because of the machismo in the wrestling business. I had to prove that I had true talent and skills, and ignore the labels that I was being given. Exoticos give fans the message of hope and courage.

You’ve been to London a few times before, what are your favourite things to do when you’re here?

Sightseeing and getting to know people. I have connection with fans, and a circle of friends I have in my life. Inside or outside the ring, I value friendships, and take everything in my heart. I am also mentoring people here in the UK. I mentor wrestlers, and do training speeches.