Ahead of the premiere of brand new dark comedy Ugly Chief at the Battersea Arts centre, we caught up with Victoria Melody and her co-star – and father – Mike Melody to talk subcultures, antiques, funerals, comedy, family, the beautiful BAC and more!

So, Victoria Melody: introduce yourself to any readers who haven’t yet had the pleasure…

I make theatre, comedy and films about Britain’s subcultures. I immerse myself into different communities and weave my experiences into my shows. For Ugly Chief, I trained to be a funeral director. In the past I have become a pigeon racer, Northern Soul dancer, championship dog handler and a beauty queen.

And, Mr Melody – you’re no stranger to us either. Where will readers have seen you before?

Hello, my name is Mike Melody. Many will know me as a TV Antiques expert on shows like Dickinson’s Real Deal and Secret Dealers. For the last 40 years my wife Margaret and I have run a successful full-time antiques business based in the North of England. 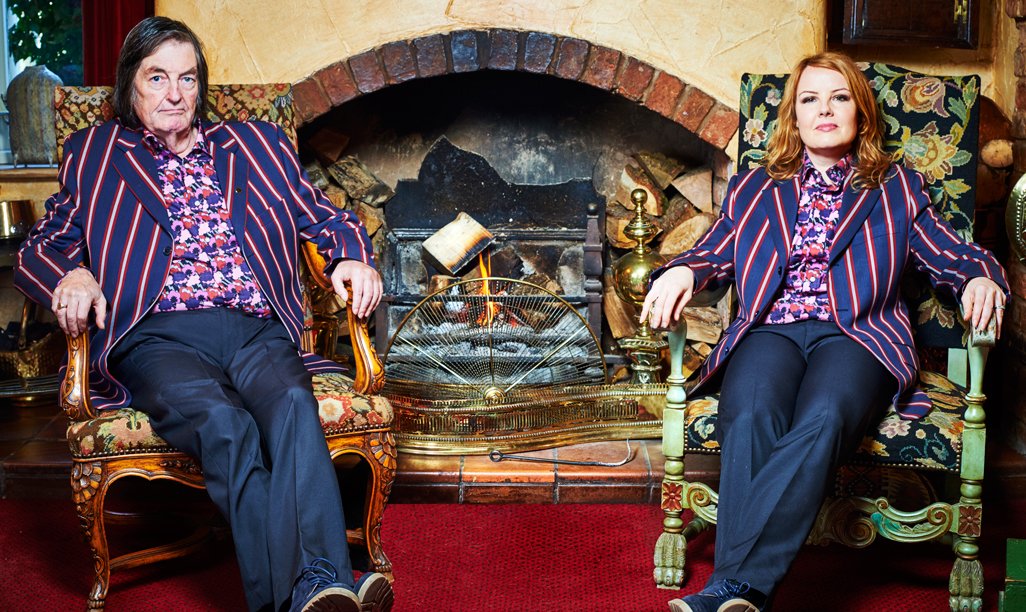 Victoria: It’s funny because it’s a real-life father and daughter on stage. Dad isn’t a trained performer and is an absolute loose cannon. No two shows will ever be the same. He’s a character you don’t often get to see on stage. He’s been compared to Del Boy, Shadrach Dingle and Frank Gallagher from Shameless. He’s the kind of dad you ask for a quad bike and get a second hand mobility scooter.

The darkness comes from the true story that dad was diagnosed with a terminal illness. He asked me to organise his funeral. A year later doctors realised that they had misdiagnosed him. I asked him to collaborate on a theatre show with me and we decided to make it about funerals and to give him the funeral that I’d previously organised. But he hates it. We then work together to create the funeral of his dreams complete with a live New Orleans band, orange Blackpool football kit and a customised barrel on wheels. It basically descends into chaos.

Mike: I want to be buried in my garden. In a bourbon barrel, you can get one cheap off eBay.

Victoria: Cremations are the cheapest option but they are bad for the environment. A natural burial is a good but expensive option. In the USA and Canada it’s legal to dissolve bodies in alkaline solution – it’s being marketed as the green cremation. That’s how I’d like to go, it’s the future. 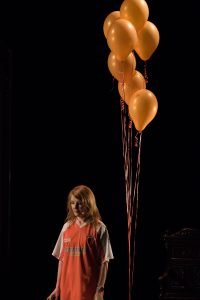 What is it like to work with your father/daughter?

Victoria: The research part was a bonding experience. We went to New Orleans to look at how other cultures deal with death and to find the music for the show. We told stories and we recorded our conversations for material for the script. The actual making has been another story. Dads don’t always take direction well from the daughters. I’m fussy and dad’s cantankerous. I observed this quite early on in the process and sensing our tempers rising I hired comedy director John Gordillo to direct and quite often mediate. We’re going to be living together at Battersea Art Centre for a month soon so that’s going to be the real test.

Mike: If I’d known what I was getting into I probably would be still hopping away. Maybe hiding in the Gobi Desert. It has introduced me to a whole new world I never knew existed. The efforts of all are immense. It really has been a roller coaster I’m still recovering from. It has provided me with one of my best experiences in recent times.

We are big fans of the beautiful Battersea Arts Centre – tell us about working in this great venue?

Victoria: I first did a work in progress of one of my shows called Major Tom at Battersea Art Centre in 2011. They ended up helping me to make it and programmed it for a three week run. Since then I have performed all of my shows here. When I work here I get to stay overnight in the building. Some people imagine it’s scary staying in a theatre at night, but I designed three of the bedrooms so it’s actually like staying in a home from home. That’s a lie – I don’t have a stage or a grand hall in my home… yet.

Mike: I like the pie, mash and eel shop down the road from Battersea Art Centre, The Golden Pie. It’s proper. And Wembley of course, I’m never out of there with the mighty Blackpool.

Victoria: I love Gaby’s restaurant on the Charing Cross Road. Genuinely the best falafel you will ever taste. It’s a rare find. It’s a family run, independent and reasonably- priced establishment in the centre of London. The landlord nearly kicked them out a few years ago but the theatre world rallied together and helped stop it from happening.