The super fab Udderbelly Festival kicks off tonight at the Southbank Centre – and 2012 looks like the big purple cow’s best year ever!!

To Do List has done the honourable thing, and picked out a few highlights – tick all this lot off, and you’ll be laughing all the way to the… Southbank Centre. 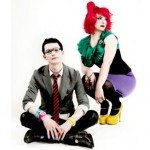 New stuff. Old stuff. All pretty fab stuff. Expect the classics (“Wheels on the bus” anyone?) and the brand spanking new,  so new in fact that it doesn’t exist yet.

We know this sounds like a big-time cop-out, but the less you know about this act the better. So forgive us for telling you bugger all. You’ll just have to go and find out. 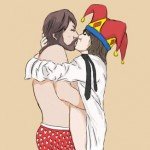 Sketch comedy at its very best. Simples. The line-up for the April show includes Adam Riches, Cardinal Burns, and The Three Englishmen. Anything can happen, and it probably will.

Who could resist such a wonderfully silly name? Not us obviously. 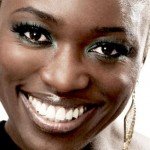 At a recent Happy Mondays gig (@ Amersham Arms, New Cross), Andi Osho made us laugh so much, beer came out of our noses. Enough said.

Ogre-sized stand-up comedy – rude, brutally funny, the type of stuff that makes you laugh so hard, you need a medical check up the next day. 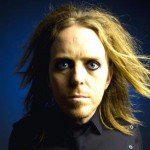 Closing the show, the man who stole Bill Bailey’s job by doing it bigger, better, funnier. We’ll love him forever just for his songs in Matilda.

And if you’re not sure if you trust us, check out the whole programme here – it’s actually full of amazing.