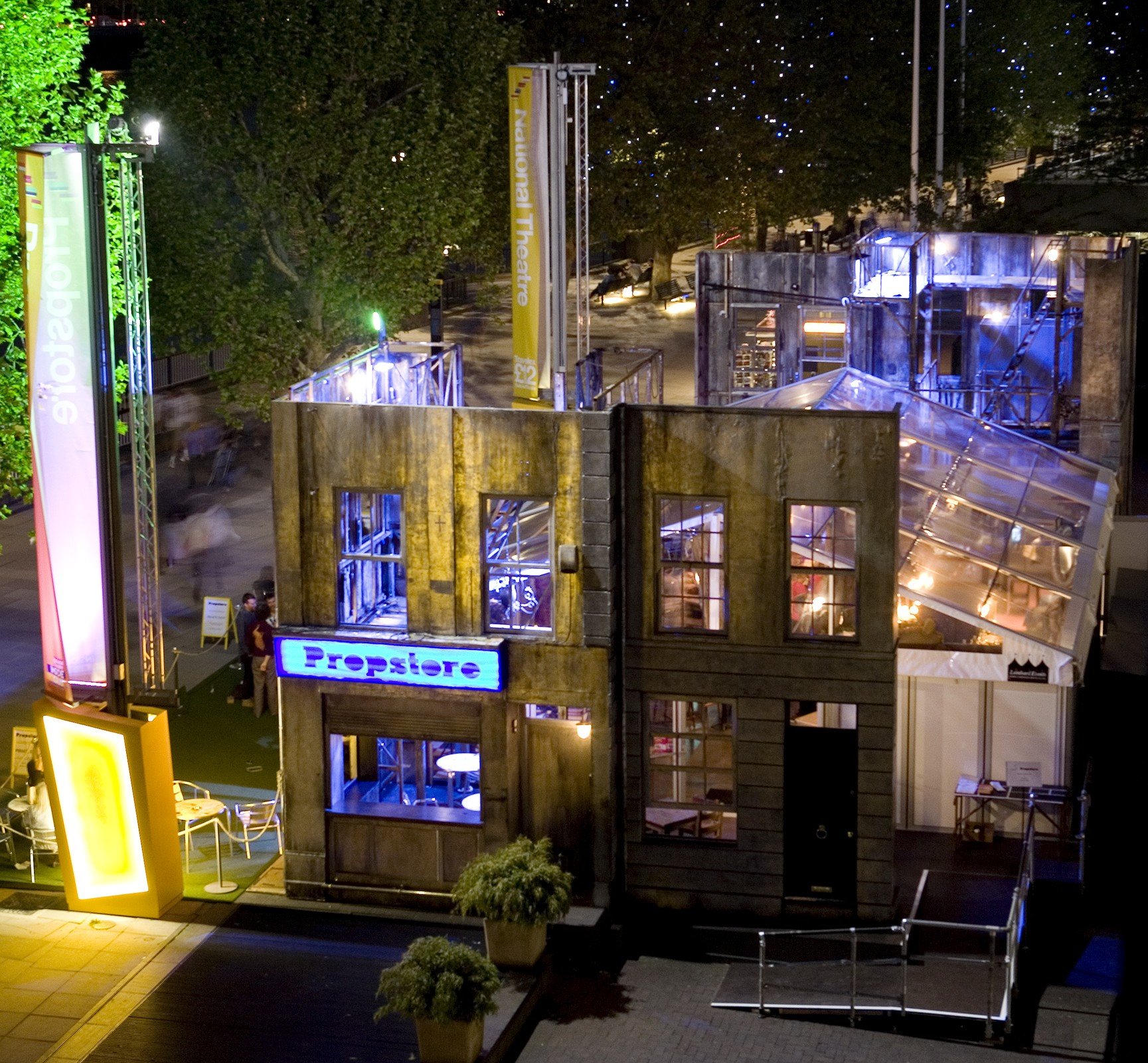 The National Theatre Shows Its Fun Side: Track Down NT & Propstore

We love the National Theatre, but it can get a bit serious – thankfully, the summer (such as it is) has brought out a lighter side…

IF you’re not quite in the mood for London Road  (“the events of 2006, when the quiet rural town of Ipswich was shattered by the discovery of the bodies of five women”), or if you’ve just seen it and need a stiff drink, here are some NT alternatives that we think might fit the bill:

Track Down NT by metro-boulot-dodo | Until 28 August

Starting at the entrance to the building, pretend you’re Lara Croft (or Poirot, whatever floats your boat), solving clues and completing tasks to move around the NT building whilst uncovering backstage stories. You’ll find yourself loitering around the Stage Door, perusing in the bookshop, resisting (or succumbing to) the food in the restaurant prowling the technical areas – all the while gathering quirky insights from staff within the building.

We all love a treasure hunt. Not that we’re promising any treasure… But catching some behind-the-scenes glimpses should be prize enough.

As part of the National Theatre’s Inside Out summer programme metro-boulot-dodo presents Track Down NT, a multimedia game, which brings the theatre to life via an adventure of discovery. metro-boulot-dodo (commute-work-sleep) creates innovative cross-artform pieces bringing together theatre, visual art, soundtrack, new-media and a quirky sense of humour to give audiences original and surprising experiences. Track Down NT is a unique investigation of the stories, the people and the building that bring the National Theatre to life.

Thirsty? Peckish? Our favourite place for a quick nibble and a splash of boozy goodness on the south bank, Propstore is a pop-up bar filled with stage sets from previous productions at the NT. Knock back a couple of  Meantime pints and tuck into some tasty meatballs, and see if you can spot the crocodile from Peter Pan, a polar bear from His Dark Materials, and a goose puppet from War Horse.

As part of the National’s summer festival, NATIONAL THEATRE INSIDE OUT, Propstore, a pop-up riverfront café-bar created from stage sets and filled with props from the National’s store, is opening seven days a week throughout the summer. From 12 noon daily the NT’s kitchens will be cooking street food and serving cocktails, while music and DJ’s on Fridays and Saturdays until 2am promises to make Propstore an unmissable hangout on the South Bank this summer.

For more on both of these NT experiences, and lots of other great stuff, check out www.nationaltheatre.org.uk/insideout