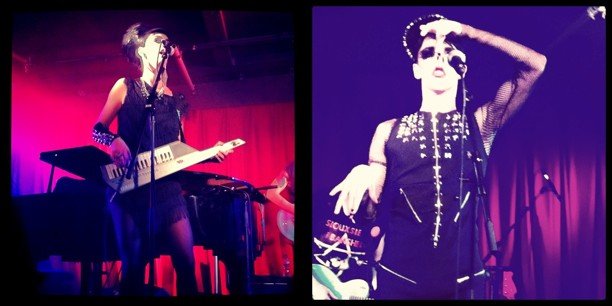 We say: Fresh from a summer of festival fun (the fab Apple Cart Festival amongst many), Bourgeois & Maurice have taken the next logical step toward world-conquering, stadium-filling super stardom… they’ve only gone and got themselves a band!

To Do List favourites Bourgeois & Maurice are back for a short one-off series of gigs at the Soho Theatre, with ace new songs and a couple of bandmates thrown in. We were stage-adjacent for the opening night, as Georgeois Bourgeois and Maurice Maurice stormed through a set of new classics and old favourites.

It’s totally worth catching B&M with their band – old songs like Ritalin, Tolerance, and Tax Me Baby are given the rock’n’roll, drums and guitar treatment, and the new songs don’t disappoint (but then, we knew they wouldn’t).

They say: “In the past four years award-winning alt-cabaret duo Bourgeois & Maurice have released two critically-ignored albums, performed at Tiger Tiger in Croydon and been heralded by the Guardian as ‘basically a singing duo’. They return to Soho Theatre to celebrate these astonishing accomplishments with a one-off series of ‘gigs’ in which the ethically-bankrupt siblings are joined onstage by a band.”