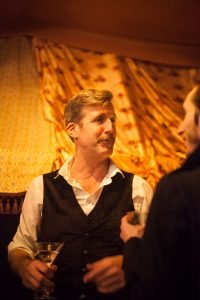 As ‘London’s most bohemian rendezvous’ returns for one month only, the National Trust’s recreation of The Caravan is a reminder not only of London’s queer history, but of Soho’s fast-disappearing true spirit

Step through the unassuming door above Freud Café-Bar and take a trip back in time to the queer-friendly members club of 1934, The Caravan. Recreated from contemporary photographs, court reports, police papers and witness statements, The Caravan is the gin-willing, fun-time having focal apoint for the National Trust’s Queer City: London Club Culture 1918 – 1967.

There’s an anything goes vibe, despite the early finish (you’ll need to make plans for your evening post-10pm) – once inside and a few gin cocktails to the good, 7pm soon feels like 3am. This is no half-arsed, cheap-n-cheerful cash-in – every effort has been made to take you back in time to 1930s bohemian London, and the emphasis is on making sure that everyone is having a good time. The team of fully committed hosts-cum-performers will invite you to join in, but those who prefer to just sit back and soak it in will feel just as comfortable – extroverts and wallflowers are all welcome! 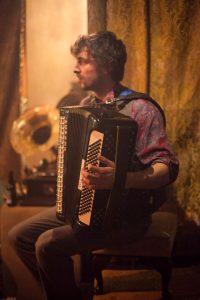 Queer City sees daytime tours of Soho exploring the LGBTQ+ heritage and club culture which helped to define Soho’s image – an image that, sadly, is slowly but seemingly inexhorably making way for the arrivaly of identikit coffee chains and expensive restaurants. No better time, then, to celebrate Soho’s queer history in the hope that the areas distinctive character might somehow survive the onslaught of commercialism.

Tours finish at The Caravan, but those lucky enough to have snaffled tickets (which sold out in 48 hours) can enjoy the club after dark: supping excellent cocktails (from the talented bartenders of Freud Café-Bar), and being treated to performances from a rotating line-up of top-notch cabaret artists.

If you’re feeling in an intellectual mood, there’s also a programme of talks, debates and (maybe not quite so intellectual) performances which aim to explore queer life in the city before the Sexual Offences Act of 1967 partially decriminalised homosexual acts. Cultural producer, writer and activist Chardine Taylor Stone’s immersive evening of talks, performances and music in recognition of 1930s Queer Black London should be a particular highlight! 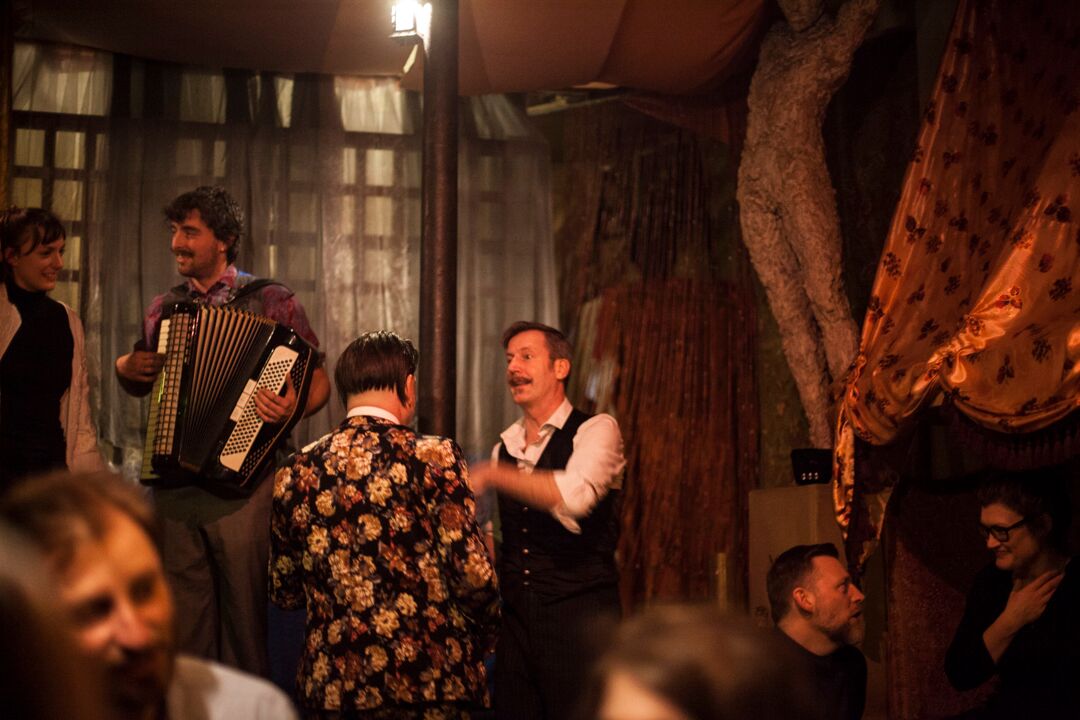 ← 3 Things to do on and after International Women’s Day in London
‘Who Are We?’ Tate Exchange – Artists Challenging Anti-Immigration →