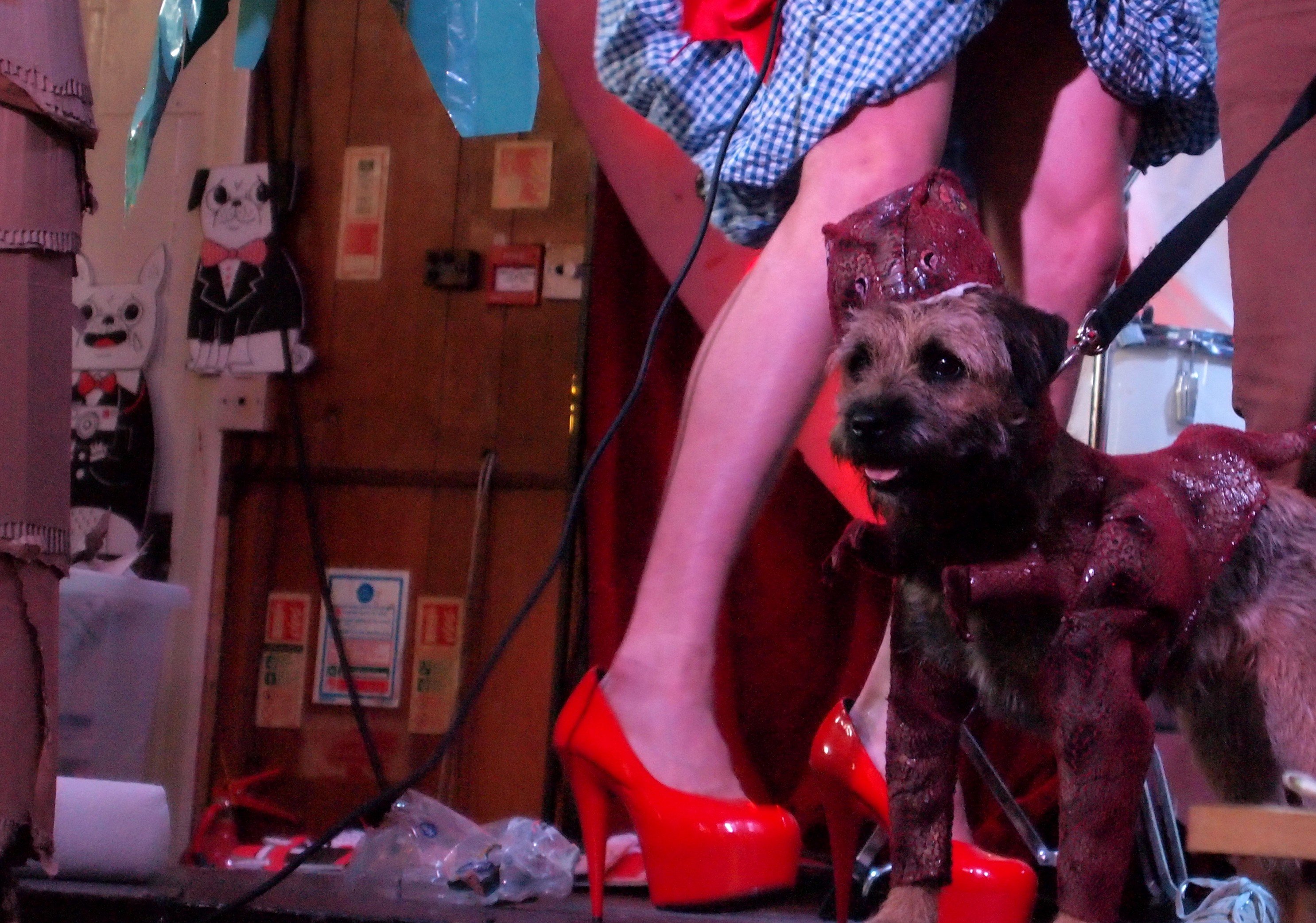 Any world in which this scene can happen makes me happy. That is: a pooch in a T-Rex costume, next to a pair of size 11 stilettos. Happy days.

This is The Canine Games at Bethnal Green Working Mens Club, a glittery, biscuity, slobbery afternoon of the most pampered bitches in East London strutting their stuff. The unfunded event was organised in support of a host of doggy charities, and a jolly good show it was too! Hosted by Johnny Woo, with guest appearances from the Fabulous Rusella and Fancy Chance, and a list as long as your tail of competitive catwalks such as…

A last-minute, weather related venue change meant the event was held at the Bethnal Green Working Men’s Club. On the downside, this meant that some stall holders sadly couldn’t squeeze in, and everything ran fashionably late daaaahling. On the upside, BGWMC perfectly suited the glitzy glam of these couture canines, and the dj kept the party going throughout. There was dogs everywhere, glitter everywhere, and many amazing East London hipster chic costumes. We haven’t had this much fun since the shambolic chaos that was Peckham Rye Dog Show 2011.

Oh, and did we mention, we got a cuddle with Mugly, officially the ugliest dog in the world? We think he’s just misunderstood.

← GAY PRIDE: Camp it up or Play it Straight? Enjoy or Ignore?
The Paper Cinema (live animators) Fundraiser at STK International Airport →