Then look no further than Cracked It! The Holloway-based phone repair company, that trains young offenders to repair broken smartphones as a route away from crime, has won a Centre for Social Justice (CSJ) award!

Called one of ‘London’s best fixers for smashed screens’ by the Evening Standard, Cracked It helps young people with a record of crime or who are at risk of getting pulled into criminal behaviour to stay on the right side of the tracks by giving them vital employability skills.

According to the company 29% of London’s smart phones have a cracked screen. So why not support a new voluntary organisation and make it easier to swipe your way to the love of your life (PERHAPS?!).

“Cracked It believes that no young person, no matter how they have behaved, deserves to be cast on the scrapheap. Many young Londoners feel they are excluded from society, cut out from the opportunities available to those from a more privileged background. Cracked It reaches out to them and offers them both a role and a purpose.”

The CSJ awards ceremony was held on Tuesday 13 March at the high-end hotel 8 Northumberland Avenue off Trafalgar Square. Founder and chief executive of Cracked It, Josh Babarinde accepted the award, which will be presented by Commissioner of the Metropolitan Police Cressida Dick.

The CSJ awards celebrate and reward the work of voluntary organisations who are not only helping people to turn their lives around but who are also implementing innovative ways to address and prevent the root causes of poverty. 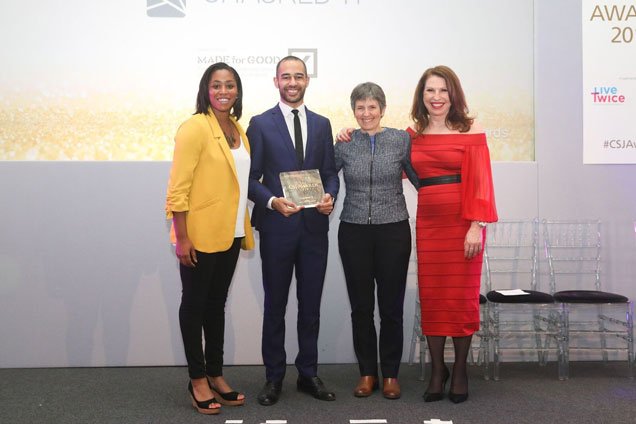 The competition is open to small charities and voluntary groups from across the UK who are finding local solutions to local problems and ultimately helping people towards an independent lifestyle. From hundreds of applicants every year, just a handful of the best initiatives are chosen. The work they do is largely unnoticed though its impact is profound.

Each winning organisation receives a £10,000 cash prize, donated by sponsors, and the runners-up are invited to join the Centre for Social Justice Alliance, a network of ‘poverty-fighting’ organisations that contribute to the policy work of the CSJ, and to which the CSJ offers practical support.