Future Shorts Japan is coming back to London’s Bush Theatre with a plethora (yes, plethora) of award winning cutting-edge short films collected from USA, UK, Kenya, Sweden, and Czech Republic. Head along to immerse yourself in this quirky world of short films in a warm, friendly atmosphere.

Our favourite warehouse-theatre-bar-cafe in London, The Yard, is bringing back its popular film screenings – and they’ve got an amazing lineup to kick things off. 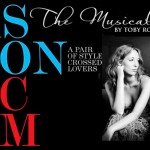 FASHION VICTIM – THE MUSICAL is “a thoroughly modern morality tale set in the cut throat world of la mode. Boo, hiss or cheer – as you see fit – the chutzpah of Mimi Steele in this story of laughs, love and sharp practices in the cutting edge world of fashion.”

In advance of two screenings at the Roxy Bar & Screen on Borough High Street, we caught up with the writer Toby Rose to talk Fashion Victims, offbeat London, cheap thrills and confessions… 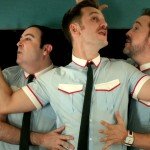 Nothing clever, just a list of the 20 films we’re looking forward to this year.