Latitude – Our Festival of the Summer

Where will To Do List be in mid-July? We’ll be knee-deep in AMAZING, that’s where we’ll be!

Latitude is our festival of the summer, and here’s why… 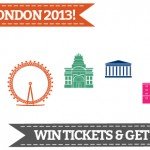 CHEER UP LONDON! Win tickets and be happy! 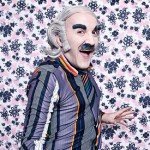 We caught up with the glambassador, Boogaloo Stu, and chatted about his new show at Ovalhouse, ‘Crimplene Millionaire’.

The show charts the pop-culture of the 1970s in a live interactive theatre gameshow. 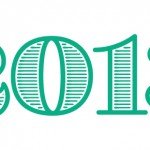 Here’s our guide to London January-March 2013 including comedy gigs, interactive theatre, cheap tickets to the Book of Mormon, amazing light art at the Hayward Gallery and much more…

TFI Friday! – Get gay with the Fagget Fairys at launch of new night Polyester

TFI Friday! Join us in merry revelry at the launch of Polyester at the Star of Kings, Kings Cross, featuring the quite awesomely insane bands Fagget Fairys, Labyrinth Ear and Disco Damage as well as crazy films and dancefloor antics. See below for awesome videos and more details including great youtube videos including one called cocktail c*nt!