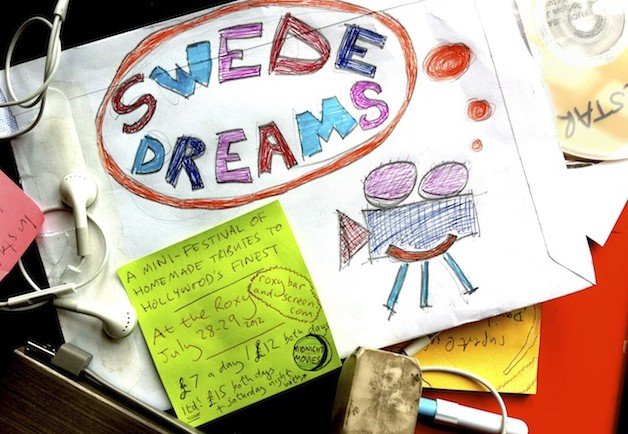 A mini-festival of homemade tributes to Hollywood’s finest

There was a time when cinemas were temples, movie stars were gods and films were sacred texts to be revered by supplicant crowds. Not any more. The arrival of home video gave audiences control over their viewing habits, then the digital revolution provided them with ways of contorting and reimagining Hollywood output and sharing the results. SWEDE DREAMS celebrates the best of this work in the aptly hybrid living-room-cum-cinema that is the Roxy Bar & Screen.

Online piracy is widely perceived as a challenge to the mainstream movie industry, and it’s true that today’s viewers approach cinema with a new sense of entitlement. But that entitlement has creative and artistic as well as economic consequences. This two-day festival takes its name from ‘sweding’ – the term coined in Michel Gondry’s Be Kind Rewind to describe affectionate, irreverent and unauthorised amateur remakes of established titles – and it celebrates the finest fruits of this approach.

The season also includes a special edition of regular Roxy cult-cinema night Midnight Movies’ Nightcap, paying tribute to stop-motion maestro and sweding aficionado Lee Hardcastle. A smattering of notable sweded shorts, mash-ups, supercuts and faux trailers will be showcased over the weekend too.

Olympics? What Olympics? Here’s the Programme: 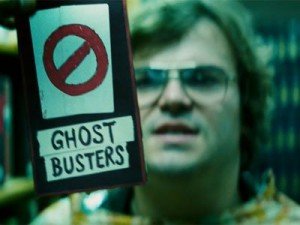 BE KIND REWIND Michel Gondry, 2008, 102 mins Sweding starts here. Michel Gondry’s love letter to homemade creativity puts Jack Black and Mos Def in charge of a Brooklyn video store where, for improbable reasons, they pass off their own versions of Hollywood output as Swedish imports. Hilarious, moving, inspirational and preposterous. + STAR WARS UNCUT Casey Pugh, 2009, 124 mins This Emmy-winner is the ultimate fan tribute and arguably the first bona fide masterpiece of the YouTube era. George Lucas’s Star Wars is remade in its entirety in 15-second chunks, in styles ranging from kids in bike helmets to psychedelic animation to drag travesty. Feel the force. Feel the love. + Plus sweded shorts, mash-ups, supercuts and fan-made trailers

Midnight Movies’ Nightcap presents LEE HARDCASTLE Doors 9pm, programme 11pm A longstanding favourite of Midnight Movies, the enfant terrible of claymation has made Plasticine versions of The Thing and The Raid. As well as presenting his own lo-fi takes on mainstream movies and some new, never-before-seen footage, Lee will showcase his favourite sweded moments from such pioneers of the field as Adam & Joe.

MIDNIGHT MOVIES, a monthly film club taking place at cinemas across London, was founded in 2008 and screens the best in cult classics, trash beauties and arthouse jaw-droppers alongside exclusive previews. 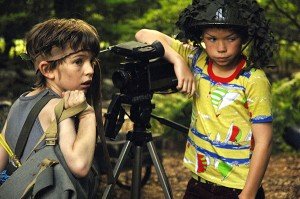 SON OF RAMBOW Garth Jennings, 2007, 96 mins More or less contemporary with Be Kind Rewind, Son of Rambow focuses on two lost boys making their own VHS version of First Blood – part creative escapade, part coping mechanism. The 80s setting marks the period when the tide began to turn in terms of viewers’ feelings of ownership over moving images. +

7.30pm FLOODING WITH LOVE FOR THE KID Zachary Oberzan, 2010, 107 mins Maybe we shouldn’t be surprised that the master improviser Rambo inspired more than one DIY movie. Oberzan made his own version of First Blood in a Manhattan studio apartment for less than $100, playing all the parts himself and using basic editing software. Initially absurd, then compelling, then heartbreaking. + 10pm NIGHT OF THE LIVING DEAD: REANIMATED Mike Schneider, 2009, 96 mins One group feasts on the remains of those who came before… A comparable undertaking (!) to Star Wars Uncut, this project sees more than a hundred animators rework George A Romero’s horror classic, shot for shot. Experimental video art, exquisite painting, dynamic comic strips and goofy animation are coming to get you, Barbara… + Plus sweded shorts, mash-ups, supercuts and fan-made trailers. 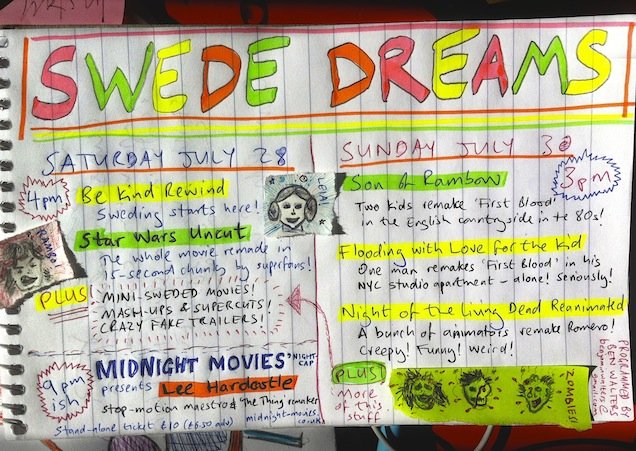 ← Our To Do List for this Olympic weekend
To Do List Live Blog Spectacular! It’s only the bloody Olympics Opening Ceremony! →