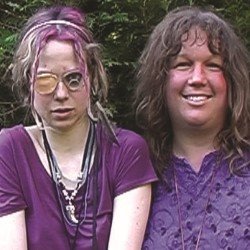 We caught up with Susannah Hewlett to talk about Barbara and Yogashwara’s Safe Space at the Edinburgh Fringe, to find out what makes her tick, and to hear about what she gets up to in London…

Hey Susannah, tell us about the events you make…

The stuff we make together is usually character led – mainly videos, one-off turns and intimate shows that use comedy to talk about the unspeakable. Dressing up and mucking about at home is often a starting point for us.  As militant husband and wife team in Lorraine and Alan’s Straightening Salon, we had Duckie punters strapped into a chair to watch a sexuality reprogramming video followed by a lap / slow dance from our characters respectively.

What makes your events different?

Sometimes they’re in odd places like this caravan for Barbara and Yogashwara’s Safe Space. We really love making all the seemingly more incidental things like signage, props or pictures on the walls that the audience can glean stuff from. Our show’s normally include performance and video and play with ideas of discomfort in some way rather than being purely entertaining.  We made a load of Hollywood a-listers drink unmentionable fluids at David Cross’s wedding. 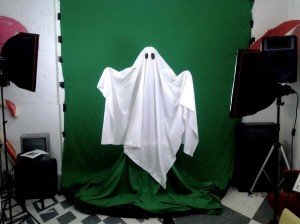 Whats your favourite show that you’ve made, and why?

Probably this one. We’ve been a bit tougher with the character of Barbara this time round…it seems that the world is bringing out the inner fascist in a lot of people at the moment, and wanted to make what is essentially a grotesque comedy that elicits an emotional reaction in people but also has a moral compass. We know it’s there even if the audience might not be sure!

Duckie at The RVT has been a pull for us since we were minors. Motel de Nowhere for arting and partying about in, eating Vietnamese food on that road that’s named after that band from X-factor, sniffing the roses in the walled garden in Brockwell Park.

What are your favourite free or cheap things to do in london?

Watching telly at our mates’ houses! Hannah loves being in the museums and The British Library.  I like charity shops – the musty thrill of a slow browse, hoping for a gem amongst the second-hand atmosphere is weirdly relaxing – much more so than any vintage shop.

We’re both in our friend Simon Brown’s new film, Hannah continues writing her next book and do various comic conventions,  I’m in a show in Aberdeen organised by John Walter called Lilly and Mim. We’re definitely looking forward to seeing new stuff in the coming months – Kate Tempest somewhere somehow and Kim Noble’s new show especially –  plus all the Edinburgh shows that we’ll miss up here or that are so good we’ll be seeing them again and again and again!