‘Sultanov’ by Sultanov | Debut Album out in April 2013

Fresh from releasing his debut single ‘Keep on Running’ at the end of February, Sulatanov chewed the cud with To Do List and kindly answered our Paxmanesque questions…

Moscow-based but Azerbaijani by birth, Dan Sultanov is a singer, songwriter, instrumentalist, visual artist and scriptwriter. Sultanov’s debut single was released at the end of February, and has received airplay on that bastion of contemporary indie-pop, the Graham Norton Radio 2 show! Here’s the snazzy video:

In advance of the self-titled debut album in April, To Do List threw some incisive questions his way, and he responded thusly:

We knew Russia wasn’t ALL about TaTu – so, tell us about Sultanov…

I’m Dan Sultanov and my musical project is called Sultanov. It’s the culmination of a project that I have been working on now for the last 4 years. I see it as a 360 degree representation of my artistic self combining my artwork and my musical work. I also moved between two countries growing up – Russia and Azerbaijan which have 2 very different cultures. I was addicted to English culture so throwing this 3rd one into the mix it was like being raised in a kaleidoscope of cultures. I think this project therefore also reflects these multiple cultures that make up who I am as an artist.

Your debut single is about to be released in the UK – do you listen to a lot of British music?

I am a huge fan of British music, many of my favourite artists are from Britain from The Beatles to Eric Clapton to Jamiroquai. 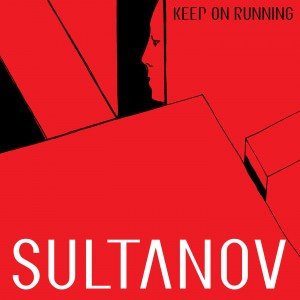 Have you spent much time in London? Where are your favourite London places?

I recorded the whole album in London, so have spent the last 4 years travelling between Moscow and London to do the recording. I love Soho, I love its atmosphere of free people, artistic personalities, all the colours and activity. I also love Mayfair, I love to watch English gentlemen dressed in what I would describe as quintessential British style, walking down the streets. They keep up a uniquely british tradition in their clothes and style and I find that amazing to see given the globalisation of culture where slowly everyone in the world is starting to look and dress exactly the same regardless of where you are.

Azerbaijan hosted Eurovision last year – are you a fan of Eurovision?

I`m not a big fan of Eurovision. The music shown on this contest is not of my style.

Your Keep on Running co-writer Andy Wright has worked with some big names in the past: Annie Lennox and Simply Red, Jeff Beck and Imelda May. Who are your musical idols, and who do you dream of collaborating with?

I would love to collaborate with Paul McCartney or Eric Clapton. They are both artists that are big idols of mine and to work with them would be a dream come true.

The single ‘Keep on Running’ was released on 25th February. Debut album ‘Sultanov’ is out on April 29th.

Tags: album, debut, interview, music, preview, sultanov, to do list
← Free London E-Book thanks to LondonTown.com
Rylan & Rita Ora – As One in the Park →