Hot on the heels of Nick Payne’s recent celebrated success with ‘Constellations’, the Donmar Warehouse gets its hands on his new play, The Same Deep Water As Me.

Nick describes how the play came about:

“In The Same Deep Water As Me, which opens at the Donmar this August, I have written a collective of characters who are obviously doing something wrong but who create a whole ideology to justify their actions. I started the play back in 2010. It was born out of a discussion I had with Josie’s brother, Damian Rourke, who works in counter fraud. Josie and I thought there might be a play that could evolve from the idea of people who make a living out of fraudulent insurance claims. I set about researching the subject in more depth, meeting with Damian and his colleagues, talking to solicitors and barristers who specialise in ‘no win, no fee’ litigation, and attending a civil trial in Preston.”

The collage below features some of the great actors in the play during rehearsals – it looks like they’re having a ball! 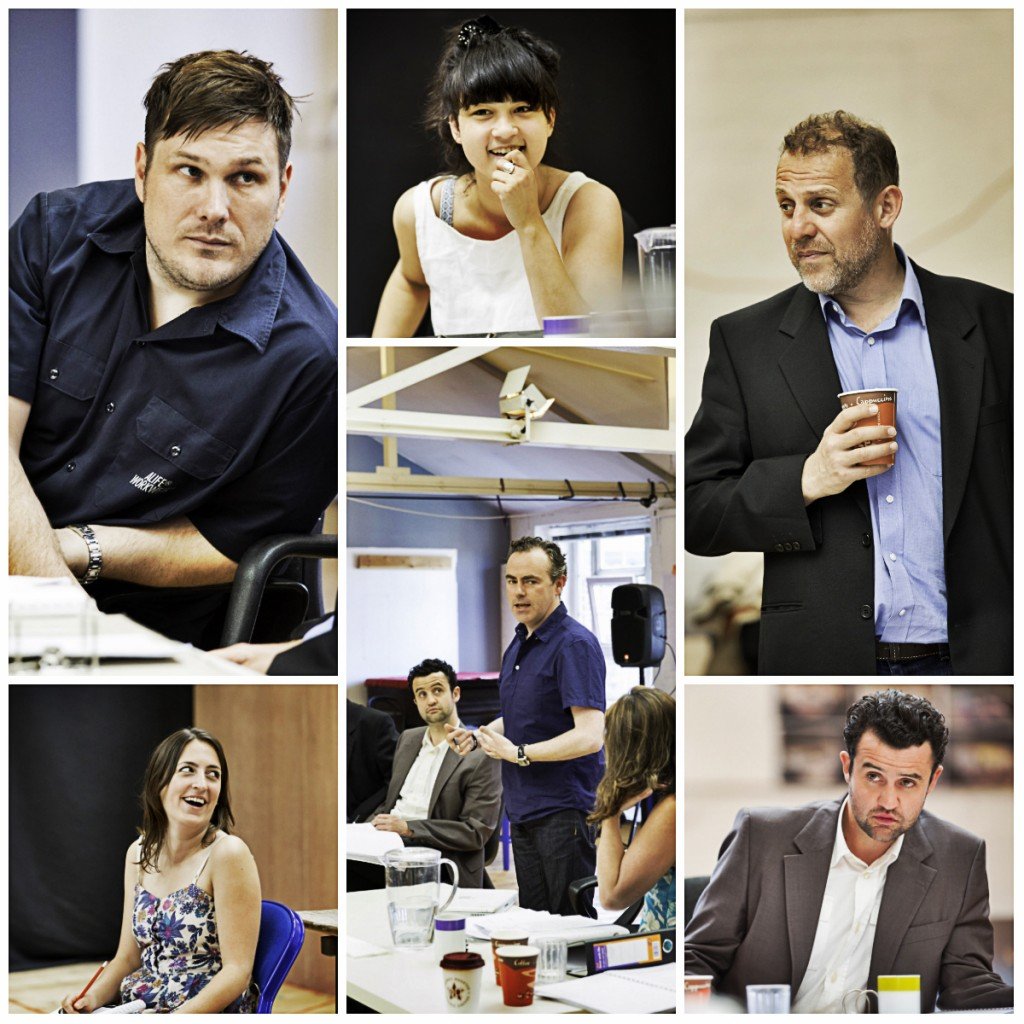