We caught up with Sajeela to talk about her shows, inspirations, and of course Things To Do In London… 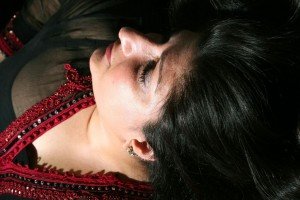 Tell us about your upcoming shows at the Leicester Square Theatre?

I performed both Shallow Halal (my solo show) and Immigrant Diaries (my storytelling show with guests) at the Edinburgh fringe and I was extremely lucky I got 4/5* reviews for both shows throughout the month. I really hope the London crowds like them too. I’ve been doing both shows for a couple of years now but as a friend pointed out they are kind of bang on trend.

Both shows are born out of frustration and anger – Immigrant Diaries is a direct response to the anti-immigration/refugee rhetoric which is a topic that every UK citizen has an opinion on; surprisingly the immigrants/refugees themselves appear to be absent from the discussion.

My guests are from the world of entertainment but they all have unique true stories to share from their immigrant heritage.

Where ID deals with the media hot potato of immigrants, Shallow Halal which I feel is a sister show to Immigrant Diaries looks at another media fave, ‘faith’ well ‘Islam’. It was mostly written in the weeks following the Charlie Hebdo attack and what with the recent tragic events in Paris it seems even more poignant. I’m trying to rewrite a few bits from the Edinburgh version to address what happened but like so many others I’m so full of anger and upset that I’m hoping the original positive message from the show in Edinburgh doesn’t get lost in the emotions the recent events have stirred up.[/vc_column_text][vc_column_text]

What should an audience expect to experience in Immigrant Diaries & Shallow Halal?

You can definitely expect great guests:

Jan 22nd Comedian Shappi Khorsandi and film maker and director of documentary ‘We are Many’ (about the global phenomena that became the anti Iraq war march).

You can expect to hear fascinating captivating funny true stories from them and I shall be weaving in my own narrative in between the guests of how my great grandparents left India during the partition as refugees, then migrated around what then become Pakistan, from there my parents emigrated to Germany then travelled around Europe finally arriving in the UK in the early hours one winter morning with their 3 children and 3000 cigarettes stuffed in the back of a Scooby Doo van![/vc_column_text][/vc_column_inner][vc_column_inner width=”1/2″][vc_column_text]

Kind of picks up where I leave my story in Immigrant Diaries (though it’s not obligatory to see both shows for either to make sense) it deals with my own personal journey with faith, along with stand-up there will be true stories like a Taliban hostage story, near fatal childhood accident, what it’s like being born into a Muslim family, growing up questioning the existence of God, seeking religious loopholes – which leads to an adulthood as an agnostic in agony. I compare the Islam I grew up with against the dangerous homogenized beast depicted in the press today – it’s one I don’t recognise. The butt of my jokes are always the baddies and in case there is any doubt, bad guys like the Taliban, Isis or more correctly ‘Daesh’ apparently they hate being called that, so let’s forever call them the thing that pisses them off the most. The show in Edinburgh always had a great mix of Jews, Muslims, Christians, Hindus, Sikhs, atheists et al and I hope to get the same diverse audience in London. It may not quite be world peace (yet) but I’d like to think that for an hour in either show all these wonderful diverse people with different beliefs have united as one. Now that’s how we beat the likes of the murdering Daesh![/vc_column_text][/vc_column_inner][/vc_row_inner][vc_column_text] 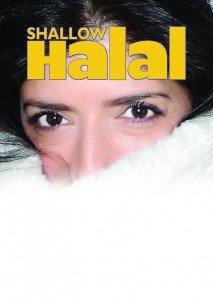 Immigration is a political hot potato as always, what are your thoughts on the UK’s attitude towards immigrants?

Firstly I’m SO grateful for the opportunities this country has given me, I get to do the thing I love the most in a country I love and to be honest I probably couldn’t say half the things i say on stage in so many parts of the world. That said, in spite of buzzwords like refugees, immigrants, asylum seekers being EVERYWHERE we don’t actually properly open up a dialogue – sorry guys, but 5 mins on Question Time on a weekly basis covering the same ground is just not cutting it – meanwhile innocent desperate people are drowning, dying trying to escape the same monster that we are trying to protect ourselves from – no matter how many people tweet alongside Question Time (confession – my guilty pleasure) how they love immigrants vs those who think every inch of our island is full to the brim and they want no more – nothing is actually resolved other than creating more negative feelings.

The immigrants themselves are rarely at the heart of the debate/discussion about them which makes it terribly one-sided, dehumanizes and creates ‘otherness’ – unfortunately the country has become desensitized to the plight of the refugee crisis, never mind acknowledging the contribution that 1st, 2nd, 3rd generation immigrants have made to this country – why is it that when the shit hits the fan, we still seem to go to our 70’s default setting – lets blame all our economic and social problems on Johnny Foreigner!

It frustrates me that we live in complete denial that the Syrian refugee crisis today has any direct link to past foreign polices, oh yeah let the record show world governments including our own is holding down Syria whilst France has 5 minutes alone punching their lights out with air strikes in direct response to the Paris attacks – the irony being that this will only increase the refugees situation, they say they are targeting ‘Daesh’ strongholds but oopsy daisy they’ve managed to endanger and kill a few innocent civilians, still, if we don’t ever cover it in the press no one needs to know about that petite faux pas.[/vc_column_text][vc_column_text]

In Immigrant Diaries I talk about how i fell in love with London the very night I arrived here and it’s a life long love affair I will never tire off. I absolutely love the Southbank, Leicester Square, Soho, the West End. Knightsbridge, Sloane street, Carnaby Street, the Serpentine, Brixton, Shepherds Bush, Southall, Edgware Road, The O2, places I’ve grown up in and places with special memories.[/vc_column_text][vc_column_text]

When I was a new mum with very little money I used to take my son to the Tate and any free exhibitions – what a wonderful privilege that we can soak up arts & culture for free. I love hanging out at the Southbank where they used to do lots of free courses for kids in the hols, but even on my own or when I arrange to meet friends I love hanging out at the Royal Festival Hall, they have free events in the Ballroom, its is great to just hang out, have a coffee and eat your packed lunch or get a soup and bread and soak up the hustle and bustle of the wonderful space. I often take my notepad and try to write there or in the BFI cafe. I do like Diana’s memorial park, or any of the parks are great for walking around or taking a picnic or even having a birthday picnic party as I’ve done in the past. For evenings Angel Comedy club is free (with donations).