Interview: Rob Drummond creator of Bullet Catch at The Shed

We caught up with Rob to talk Shed.

How do you feel about bringing Bullet Catch to a National Theatre audience at The Shed? 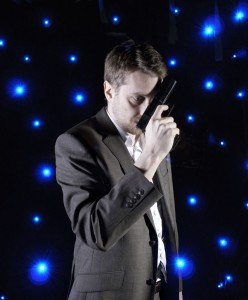 I’m relaxed about it because I don’t think there’s much of a difference between a Scottish, American, English, Brazilian audience at all. We’re all just people. We’re all the same so the show should work as well as it has done elsewhere.

It’s the National Theatre though so there’s also a sense of nervousness that I’m sure will grow as opening night approaches. And the new building just adds to the anticipation and excitement – The Shed is an amazing venue that creates a sense of theatricality all on its own.

Can you sum up what makes your shows different – what SHOULDN’T the audience expect?

Shows, multiple? What makes my shows different from other people’s shows?

I can’t answer that because I like to think all my shows are different from each other. Style after all is, as Hitchcock once said, self plagiarism. What makes Bullet Catch different?

Well, let me think. It’s not a traditional play with a fourth wall but there is a narrative. It’s a theatre show with magic or a magic show with theatre. They shouldn’t expect to sit passively and watch but neither should they expect to be forced to do anything they don’t want to do, the show is semi-improvised so anything could happen.

Are there plans to bring your latest show, Quiz Show, to London?

You will have to ask the Traverse about that. At this stage it’s in the hands of the producers. I wouldn’t say no.

I don’t know London well at all. I’ve lived in Glasgow all my life, I know Edinburgh, have recently got to know New York a little, but this will be my first time staying in London for more than a few days. I relax mainly by hiding from busy cities so … my bedroom, watching an obscure Spanish Language DVD. 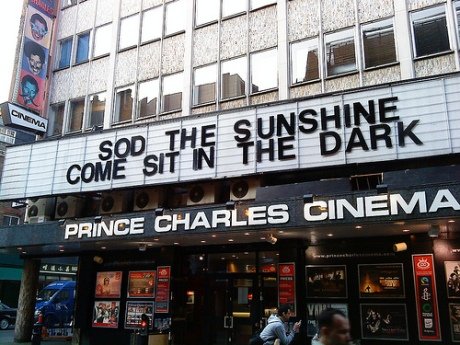 The Prince Charles Cinema is fun. I saw Crash there about three years after it came out for about £3. They still have an ‘interval’. Brilliant. And cheap.

Bullet Catch and Quiz Show just got published together. It’s my first publication and it’s available from the National Theatre Book Shop here.