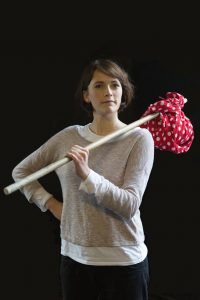 So, what’s Ricky Whittington about for you?

CHARLOTTE: Ricky Whittington is about a young man and his friend moving to London to find his fortune – only to realise life in London is hard unless you have help (rich parents/a job that pays loads).

But also about how saying what people want to hear can get you into power.

DARAN: It’s about figuring out your new place in a larger context. First few years me and Liam had in London were in some ways pretty awful (big break-ups, no shower, no lights for weirdly months, little money for food yet oddly ample for beer, city that had precisely no use for us) and most days wondered if it was a good call to come here. But it was. It just takes a while to acclimatise and figure out what your part in the thing’s gonna be. And there’s a lot of crappy stuff about the city but you develop your own relationship to that too. The show makes fun of the city but really it’s a love letter to London, just written on toilet paper.

(also: li’l boy go London with kitty make so no more rats he then be mayor fall in love with lady she smart make boy smarter too he stop being mayor cos bad at it all bow.)

LIAM: Like all the best creative endeavours it’s about splicing the good and bad in life. The good being: jokes, singing and Christmas cheer. The bad being: massive intractable global problems of great pitch and moment, especially insofar as they effect London. 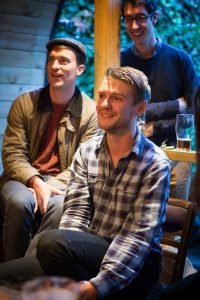 Tell us about how you’re involved and your previous work.

DARAN: My involvement is co-writer, co-composer. I also write for TV – including on a show Charlotte’s the lead in (Siblings) – and do a live show with Liam called Sheeps. We actually wanted to do this show 9 years ago initially but the theatre down the road was putting on Dick Whittington so we had to do something else instead. Then we restarted work on it 3 years ago. I also wrote the music with my friend David Pegg, who was gonna do the show with us 9 years ago too.

What are your favourite and worst things about the festive season?

DARRAN: My favourite thing is it feels like an appropriate time in the year’s narrative to say really unapologetically nice things to your friends. Loads more sentences start with little pauses, then smiles, then people saying “you know…”. The worst thing is I’m a month or so away from missing my tax return deadline and that looms large over the season.

CHARLOTTE: My favourite thing about the festive season is the cold crisp days, and walks, and pubs being warmer than outside. 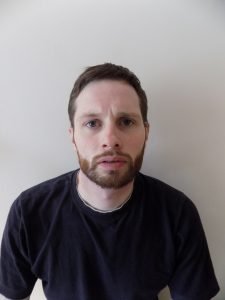 DARAN: My favourite place to go is Liam’s house cos he’s my buddy and looks after me when I’m upset or drunk. And that’s a theme of the show too.

CHARLOTTE: My favourite things to do in London are to see my friends at our house, go to gigs and mainly walk around town seeing new things each time even though I’ve lived here my whole life.