We were lucky to be invited to the Woman SRSLY 1st birthday party, an evening dedicated to celebration of female-identified and socialised females in creative industries.

Set up in 2017, the company challenges the way woman are under-represented. The party took place in well-known East London location, The Yard Theatre on Thursday 30 August 2018.

As soon as we entered we could feel the positive vibes and extravagant feminine theme in the venue. Everyone gathered in what was set up as a real birthday party bar area. That was where we first met The Yonis, who are Woman SRSLY’s Resident Movement Girlband. Contemporary movements and – characteristic for the band – colourful suits gave us the feeling of the unity within the group.

The main part of the event was marked by Valerie Ebuwa’s introduction to Woman SRSLY project. Ebuwa’s great energy and charisma really kick-started the performances. 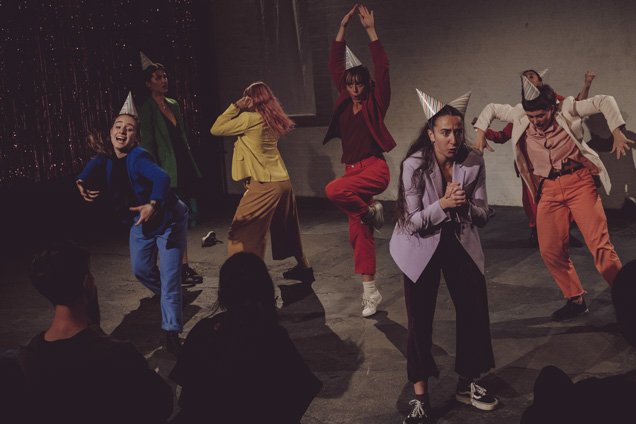 It was our first encounter with sound artist Klara Andersson, known as Fågelle. Her music is an experimental elaboration on beautifully presented spoken word, combined with pedals, synthesisers and samplers. Fågelle sings in her mother tongue, Swedish, which really lends authenticity to the experience. She transports the audience to a different sphere, and cannot be forgotten!

Next up was theatre puppetry Mother Smith created by Victoria Rucinska, performed by Rucinska herself alongside Natalie Sloth Richer. Rucinska has created a reinvented image of 75-year old Guyanese poet Mary. The performers really created a bond with their puppet and carefully move her around the stage, as well as interacting with the audience. The carefully crafted performance touched on issues important for women around the world, such as domestic violence and poverty. 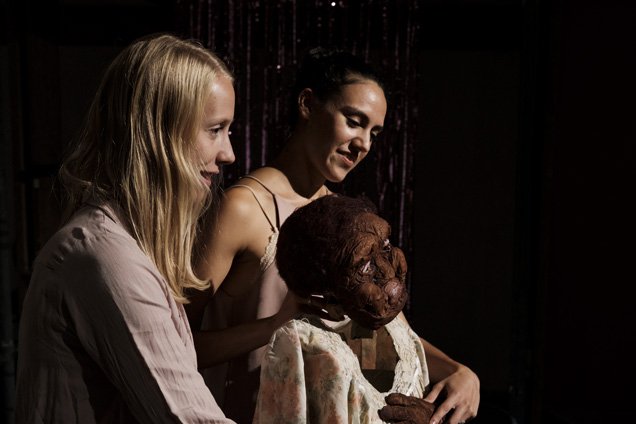 The interval arrived with another opportunity to see The Yonis owning the bar area with their dance choreography. It was also a chance to watch a screening of The Undecided Vote, a film created by Rachel Ni Bhraonáin as an appeal to those undecided how should they vote in the recent Irish abortion referendum. A short film combining music, spoken word and dance is Bhraonáin’s message as to how art can unite us in difficult moments.

After the interval we met with Emily Warner, whose work is a part of Woman SRSLY’s mentoring strand. This is a programme that chooses one company and offers them mentoring and opportunity to perform on the platform. Emily Warner created a female take on Beckett with her performance ‘NOT IT (a work I stole from Beckett)’.

When next performer Symoné enters the stage, we already feel the energy spreading around the room. Her piece Our Cult contains expressive dancehall moves and elements of circus. There are provocative projections which give a feeling that Symoné truly has something to say about our reality. 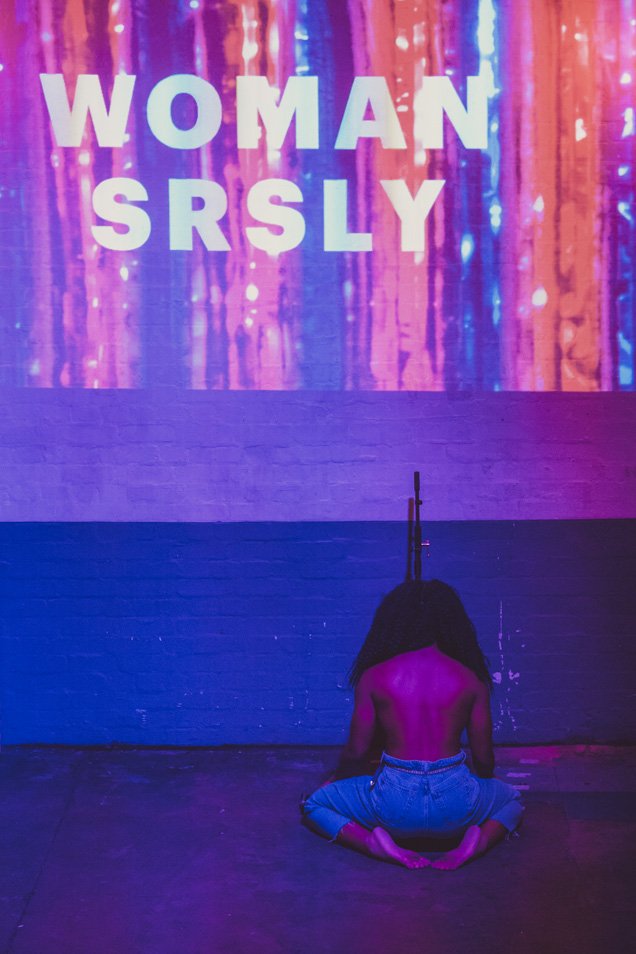 The last performance of the evening took us back to the bar area for Alethia Antonia’s structured improvisation piece tackling times of vulnerability caused by post-trauma. Antonia uses well-selected movement along with her soft voice, and passes the powerful message to the audience.

The evening continued after the performances ended: we talked, gave feedback and exchanged opinions. There was great music, but also a general feeling of support for each other.

Woman SRSLY did a great job and summed up their one year of work at this beautiful event. We want to watch them grow and get involved in more amazing activities offered by them.

← Interview: Shunt co-founder Gemma Brockis on her show ‘An Execution (by invitation only)’
Unmissable Things To Do in London – September 2018 →