To Do List is in Berlin for re:publica 2012, a conference which explores the future of our society and all things digital.

We kicked off the day with a three-egg bratwurst omelette, which with hindsight was probably one egg too many – so we needed a bit of  a lie down before heading to STATION-Berlin for Day Two.

Our highlight of the day was Stephanie Hankey & Marek Tuszynski’s talk “The Four Arts of Visual Persuasion”. 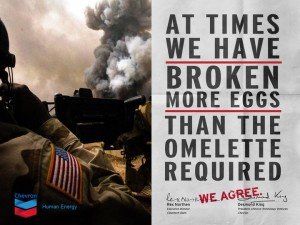 They presented a number of examples of ways in which visual forms of political expression can present and inform political dialogue.

One of the reasons we liked this is that it’s nice to be reminded that blogging and other internet-japery can actually make a difference – and be quite funny too.

Stephanie and Marek gave examples of the Four Arts of Visual Persuasion – the Art of Intervention, of Curation, of Seeing Sideways, and of Saying What You Can’t Say.

Our favourite example was of the Art of Intervention – back in 2012, the Rainforest Action Network(RAN) cheekily hijacked a new marketing campaign by Chevron (a massive American oil company), who were trying to present a more eco-friendly image. RAN got wind of the campaign, and released their own almost identical campaign highlighting the negative impact of Chevron’s activities on people and the environment. Just do a Google image search for “Chevron we agree” to see how that little battle turned out…

The best part of the campaign? Definitely when RAN offered the opportunity to a Adopt A Chevron Board Member. Cheeky! 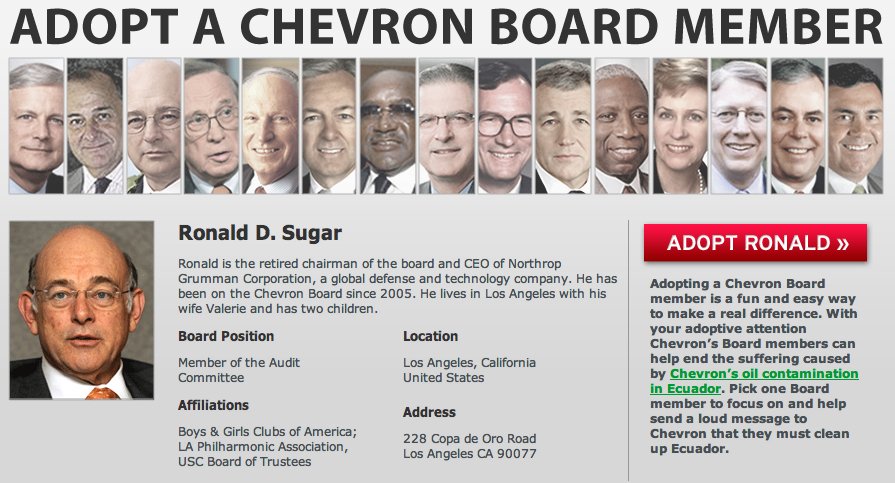 Ivan Sigal & Bjarke Myrthu gave a really interesting talk on “New Directions in Visual Storytelling”, and in particular we love this interactive video they showed a little bit of: Bear 71.

It’s about bears, it’s got funky music, it’s interactive video, and it’s dangerously close to being educational. You were warned! Here’s a preview video, click here for the whole thing: