Enjoy The Sunshine at the Queen Elizabeth Olympic Park

The South Side of the Queen Elizabeth Olympic Park is Now Open! 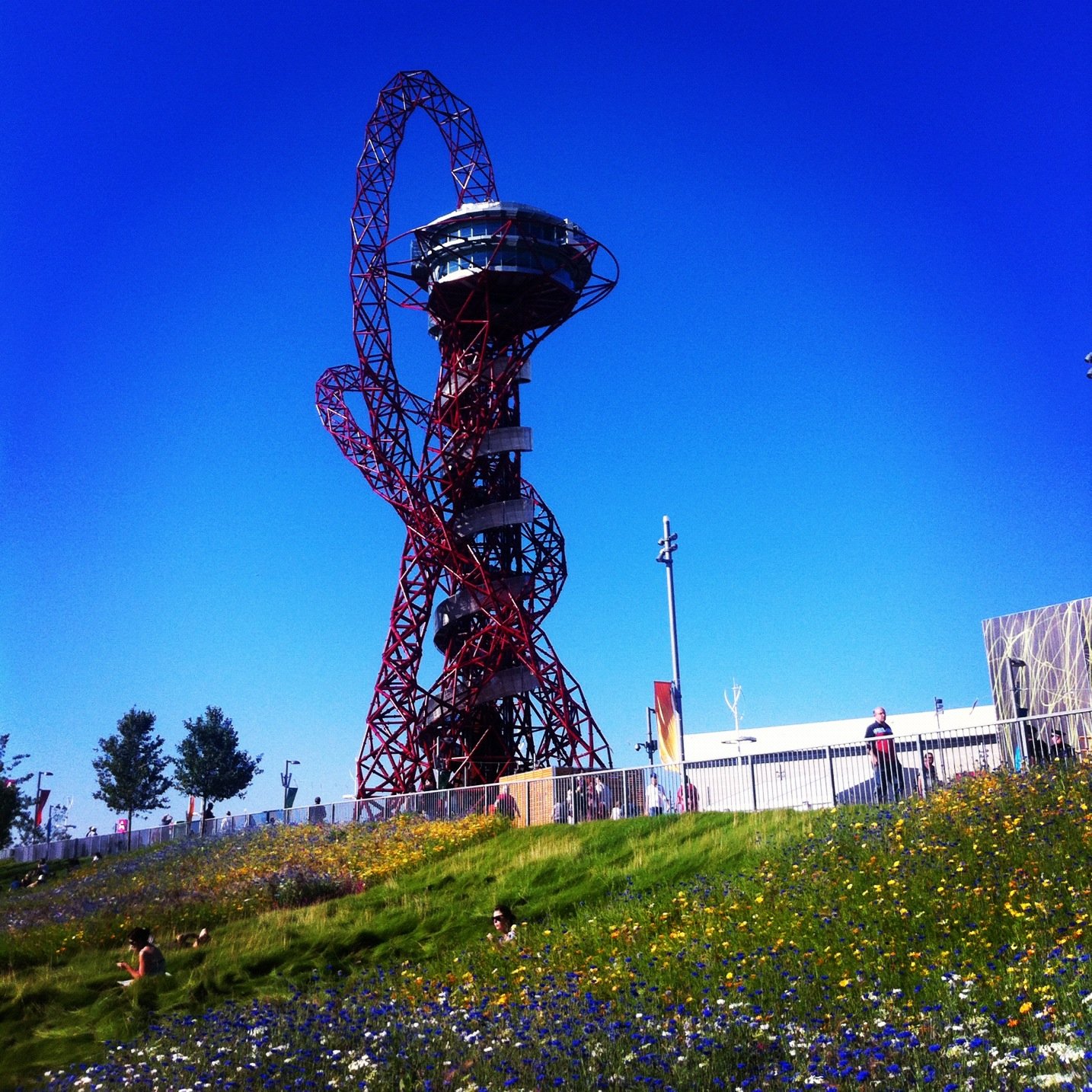 Amanda Bottomley attended the opening event, and here’s her round-up of things to do in the Olympic Park!

The south side of the park opened on April 5th, and features the Aquatics Centre, the landmark ArcelorMittal Orbit and much more, linked together by parklands and swooping pathways.

There’s been lots of progress in the project of taming Stratford, and it’s great to see the regeneration of the area.[/vc_column_text][vc_row_inner][vc_column_inner width=”1/3″][vc_column_text]

[/vc_column_text][vc_column_text]The jewels of the south side are the Olympic-sized pools (there are two) housed in the Zaha Hadid designed Aquatics Centre.  An Olympic-sized swim will set you back £3.50, so it’s probably one of the cheapest pools in the world – and all inside a building seemingly carved from a gigantic wave of yore…

[/vc_column_text][vc_column_text]Gather round explorers, and get ready to pound some pretty paths: meander over bridges with mirrored sides, under bridges with little trees (4300 such trees across the park, they say)… in fact, you might get the feeling that you’re in fact on one massive bridge! But no, you’re just enjoying many levels of winding paths, some of which are lined with lighting orbs – good for dates perhaps?[/vc_column_text][/vc_column_inner][/vc_row_inner][vc_single_image image=”27971″ border_color=”grey” img_link_target=”_self” img_size=”full”][vc_column_text]

[/vc_column_text][vc_column_text]The Olympic Park promises much in its programme of rich events and activities. We are promised storytelling, concerts, “activity trails”, and leading sporting events such as the Hackney Half Marathon in June and the Tour de France in July (although the Olympic Stadium itself officially re-opens in 2016).

In the northern half, the Velopark gives you the opportunity to cycle try out the imposing velodrome or the fun-looking BMX course, and the Hockey and Tennis Centre promises, well, hockey and tennis. Oh, and the Copper Box Arena will host sporting and cultural events aplenty.[/vc_column_text][vc_single_image image=”27970″ border_color=”grey” img_link_target=”_self” img_size=”full”][/vc_column][/vc_row]