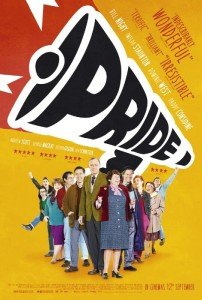 Matthew Warchus’ film about the unlikely links between a mining village in Wales and the gay & lesbian community is a five-star triumph!

A group of gay and lesbian activists, led by ballsy young go-getter Mark, decide to raise funds to assist and support families in a Welsh mining village affected by the 1984 miners strike. In the face of prejudice and against the backdrop of the growing threat of AIDS, this is the story of two disparate communities bought together by a shared experience of oppression and rejection by the rest of society.

While there are those in the village of Dulais liberal-minded enough to accept help from an LGBT group – Bill Nighy, Paddy Considine, Jessica Gunning & Imelda Staunton – others aren’t so sure. Before the Lesbians and Gays Support the Miners campaign can really take off, first the community as a whole, including the miners themselves, must come to accept those who offer them help. 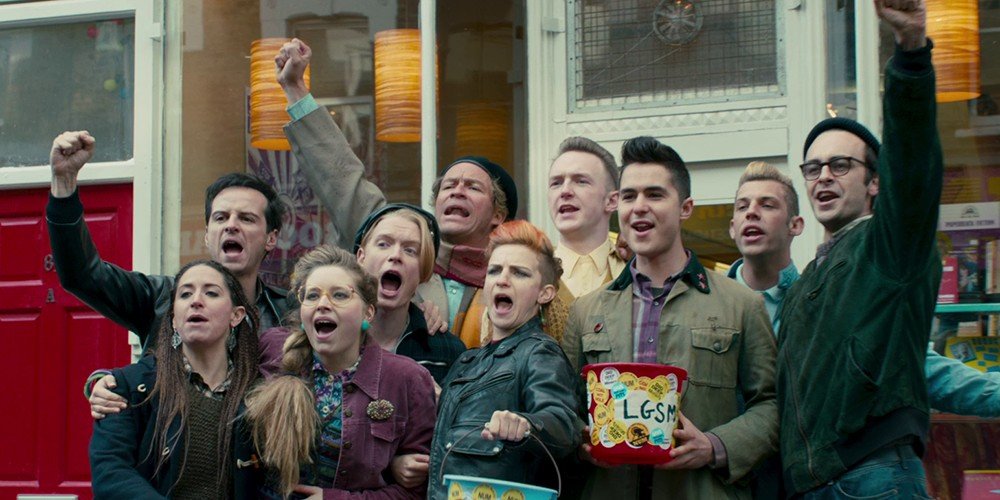 The danger with a story like this is that it could be too syrupy, glossing over the harsh realities faced by both homosexuals and miners under the Thatcher government. However, between hilarious moments and the occasional, forgivable cliché, the serious drama is allowed to unfold: the threat of AIDS, unpaid gas bills, homophobia on the streets, unlawful police detention, families broken apart… These were not happy times, but somehow the spirit of those who should have been most downtrodden shines through to light the way towards a better world. 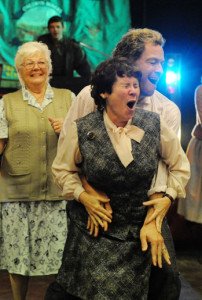 The cast is top-notch: Andrew Scott as a bookshop owner estranged from his disapproving mother, Dominic West as one of the first people in the UK to be diagnosed with AIDS, George MacKay as a young gay man hiding his sexuality from conservative parents, and Faye Marsay as the young lesbian who takes him under her wing. Leading them all is Ben Schnetzer as Mark – full of the confidence of youth, but beginning to realise that not every problem can be solved with enthusiasm.

The journey is not a smooth one – acceptance does not come immediately, and when it does, it isn’t unanimous. Bigotry remains, behind the twitching curtains, and it is only a matter of time before the links between these two communities are tested to the limit.

At times side-splittingly funny, Pride will also have you reaching for the tissues. When subtlety is needed, it is delivered, not least in a quiet, tender scene between Nighy and Staunton. If you’re not moved by this film – hell, if you’re not repeatedly dabbing a little moistness from the corner of your eyes every ten minutes or so – then you possibly don’t have a heart.