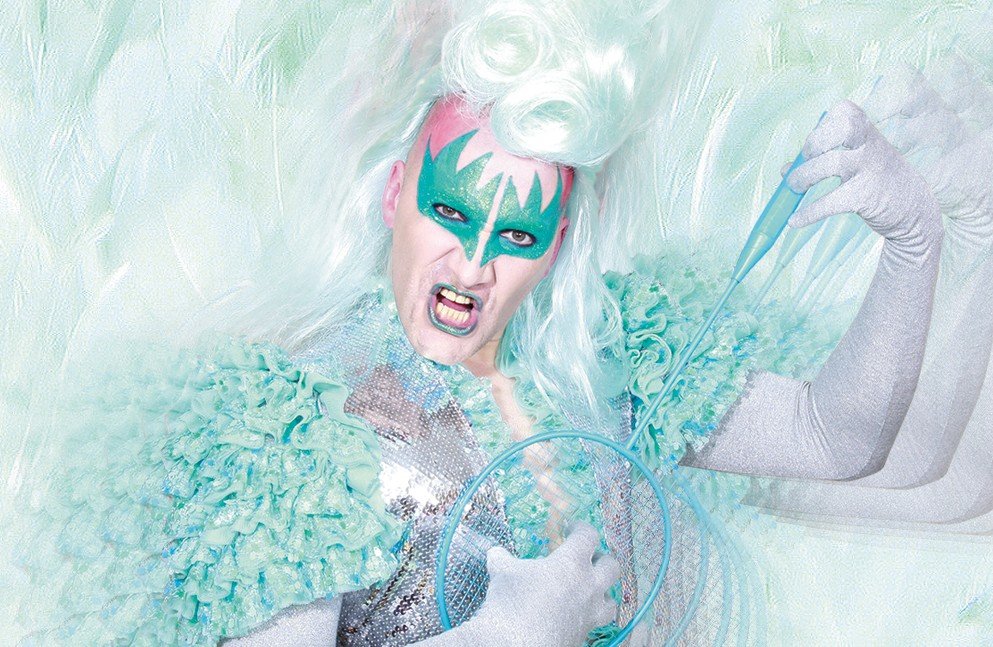 DIY pop star and musical alchemist Boogaloo Stu invites you to join him in a tongue-in-cheek bid to create an instant Number One Pop Smash Hit – in just one hour.
With a spin of the Pop Wheel, Stu launches into his quest to craft a pop nugget. It could be Disco, Dubstep or Death Metal – no genres are off-limits. Audience members are invited to assist in the song-writing and recording process, culminating in a live lip-synch and dance performance to make the requisite pop video for the song.

The highs, the lows and the knitted knickers…over the course of the show Stu reveals the modest but glittering successes and barrel-scraping lows of his own pop trajectory; and how, in his teenage years, pop music shaped his future career and forged his own desire to perform.

The finished video and mp3 are uploaded to social network platforms (YouTube, Facebook, Twitter) at the end of each show, with links sent to audience members via email…watch, share, laugh and cry as the song becomes an overnight internet sensation!
pop-magic.com | youtube.com/user/PopMagicNo1 | facebook.com/popmagicno1 | soundcloud.com/pop-magic | twitter.com/purepopmagic