Interview: Polly Akhurst, Co-founder of Talk to Me Day

Apparently, London is the second least friendly city in the world – only marginally more friendly than Moscow… And when we’re not busy being unfriendly, we’re feeling lonely – presumably because no-one wants to be friends with such misanthropes… 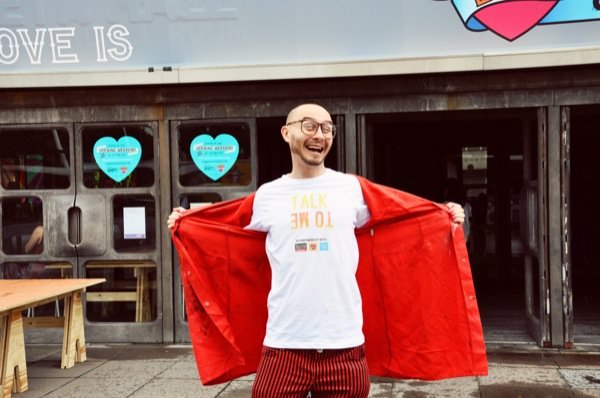 Talk To Me Day, taking place across London on 30th August, aims to encourage Londoners to get talking, and will include a public debate, open picnics in parks, a talking workshop in collaboration with the Old Vic, and a takeover of a street in London which will become a ‘Talk Street’.

We caught up with co-founder Polly Akhurst, who really had no other choice than to Talk To Us about Talk To Me…

Tell us about the Talk To Me, how did it come about?

Talk to me is basically the result of many good conversations that myself and co-founders Ann Don Bosco and David Blackwell have had with people we don’t know. All those good conversations made us think – why don’t we do this more? And so Talk To Me was born as a way of making it easier for people to talk to others and for great conversations to take place .

What makes Talk To Me different?

There are a few things. Firstly, I think it’s the emphasis we put on the importance of the simple act of talking. We admit that talking to others can lead to many different outcomes – including friendship, networking and dating. There are plenty of meet-up style groups and start ups concentrating on these things, but we’re more about questioning how we start off those connections in the first place and experimenting with ways to get people talking. 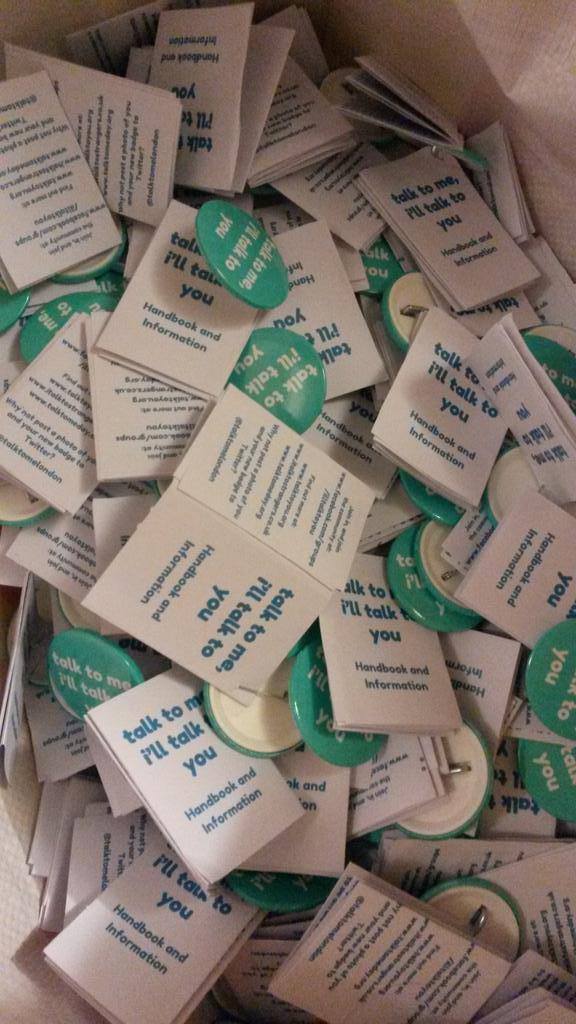 Another emphasis is our belief in diversity – we don’t just want to bring together people with similar interests and from similar demographics – we want to find ways to get people from very different backgrounds to interact, therefore truly celebrating the diversity of our city.

We’re also very interested in working in the public space, and experimenting with the meaning of ‘community’, especially in large cities like London. The spaces we pass through everyday, whether that’s on the Tube, or a cafe, are communities in themselves and so we want to experiment with creating a greater sense of community and changing perceptions of our definition of community.

What’s your favourite project you’ve worked on & why?

We recently ran a ‘Talk Bar’ at the Southbank Centre in collaboration with TimeOut. It was one long table where instead of serving drinks, we served conversation. We had a number of volunteers matching people and handing out ‘Talk prompts’ which acted as conversational prompts. Why? It was just an idea we had which we thought would work – and it did! It’s an example of what we love to do – playing with our ideas about spaces (and in this cases bars) and how we use them.

I’m inspired by people, and their stories. There are so many stories out there, and a part of Talk To Me is sharing that.

I’m also majorly inspired by my parents: my dad, who has no qualms about talking to anyone (and is definitely part of the genesis of Talk to me) and my mum, who’s very suspicious of most people but full of wit and wisdom.

The Southbank has got to be up there! Not just because of the Talk Bar, but because of the open space and the Real Food Market where the Korean burritos are to die for! In fact, the areas I like most seem to be connected with food, particularly cheap and good food. I live near Brixton and am a big fan of Brixton market and Hootenanny, which always gives a good party. Green Lanes or ‘Little Turkey’ is a bit of a revelation too.

A walk around Richmond Park is free but priceless! Sam Smiths pubs are also a cheap highlight – I’m a big fan of the Princess Louise in Holborn!

There’s so much to do! We’re organising regular events that bring people together in different areas of London – More Info Here. We’ll also be making an appearance at International Alert’s Festival of Peace in September, among other things. We’ll also be looking at making Talk To Me Day even bigger and better next year and responding to the global interest in the concept!

Other than that, more food scouting and a couple of walks in Richmond Park…