Interview with Nigel Barrett and Louise Mari, Creators of Party Skills for the End of the World

As Party Skills for the End of the World enters its final few days at Shoreditch Town Hall, we caught up with the creative force behind it, Nigel Barrett & Louise Mari…

Hello, we are Nigel Barrett and Louise Mari. We make wild, bold, visual performance for people who don’t really like theatre and unusual theatrical experiences for those who do.

You’ve got some history – tell us about your creative partnership, and what brings you to this point with Party Skills…

We met while making work with the shunt collective in London in the late 90s.

Then in 2006 we set up the shunt lounge, which was an arts bar/club that ran in the vaults underneath London Bridge Station until 2010.

We found that some punters didn’t leave the dancefloor or bar and had no idea that the space was full of artwork, live music, film, theatre, installations and all manner of creative experiments, that changed every week.

So we decided to bring short, loud, visual performance right into the middle of the bar or the dance floor and grab their attention and try to add something memorable to their night.

These performances became the genesis of longer more developed work that we started to make together. And we have continued in this creative partnership since then.

How did you come to work with Abigail Conway, your collaborator on Party Skills?

We first met Abigail when she brought a group of young artists from Battersea Arts Centre to the shunt lounge to try out some of their ideas. She told us about her genius installation “Home Sweet Home”, where the audience build themselves a tiny cardboard house, decorate it and install it into a cardboard town alongside those of the other audience members. The town has a radio station and a postman and together you create a community, sometimes over days. It’s a beautiful project and she made it for our space. We are huge fans of her work, which is always intricately detailed and every aspect is a thing of beauty. We felt that the skills learning part of the show should feel like a series of installations and that Abi would be the perfect collaborator. The process has been a joy from start to finish and it is such a pleasurable and rewarding show to do. I think it’s something that the whole team are immensely proud of.

So, what’s Party Skills for the End of the World all about?

It is a fever dream of an apocalypse that we all fear will come soon.

It is about our fear for the future and how that is affecting the decisions we make now. 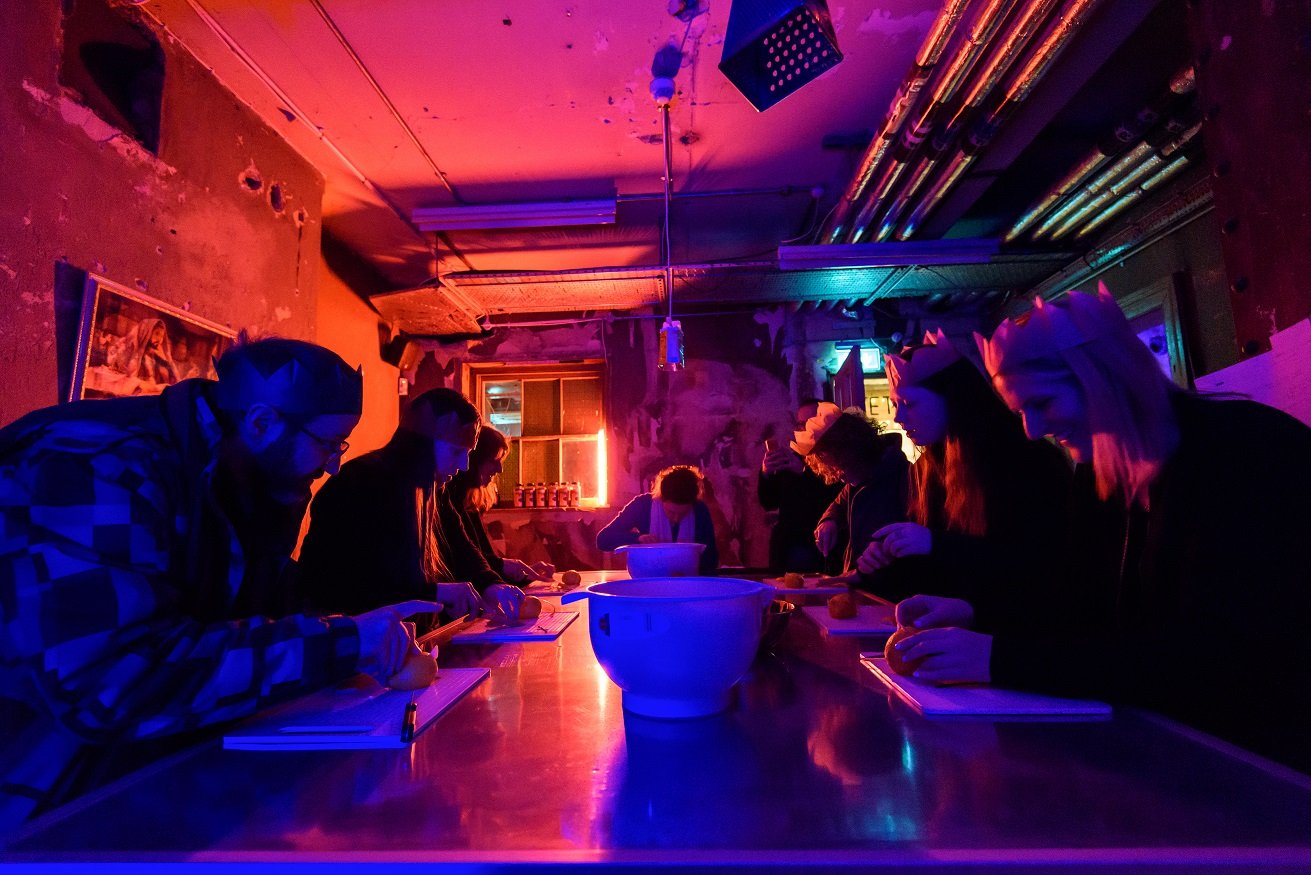 How did you respond – or feel you had to respond – to the events in Manchester last May, which came just before Party Skills premiered at MIF?

The show was never ever intended to scare people or be a fairground ride to make people pretend they are actually going through the apocalypse. It is a playful show that is more about fear than anything else.  There was a perception at the time, from some critics, that somehow the show had been censored because of the terror attack – which is totally mistaken. The show was made for the people of Manchester and had a huge and beautiful element of community participation. The participants helped us make the show and we all learned the skills together.

When the attack happened it affected many of the team very directly and we, of course, had to be sensitive. But the ideas of not letting our fears restrict our lives and our society felt even more relevant and urgent in that context. Manchester people love to party, they love music and they are warm, and resilient and they are not judgmental people. We made the show that we made for them and because of them.

We love Shoreditch Town Hall – how have you adapted Party Skills for the venue, and what are the unique opportunities that STH presents? 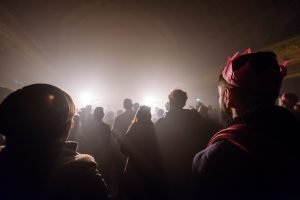 It is impossible to represent the show we made for Manchester in London. Shoreditch Town Hall were co-commissioners of the project from the start and the idea was always that the show would be remade, not only for the space but also for the context of London and of where we are politically in February 2018, rather than June 2017.

The show has about 40 minutes of new material and the Manchester material has been completely reordered and reshaped .

We are really proud of the show and how it has metamorphosed for us.

Shoreditch Town Hall is a beautiful building and it’s worth coming just to see it if you’ve never been before.

What are your own best Party Skills?