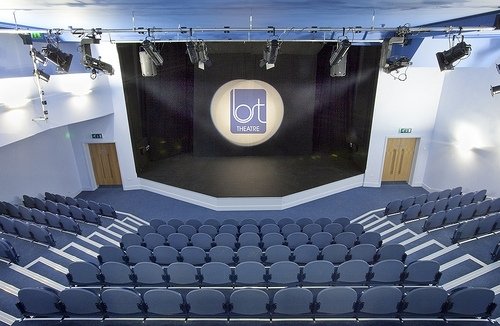 Oliver Jack, director-in-residence at Lost Theatre in Stockwell, shows us his London!

Hey Oliver, tell us about your favourite secret/offbeat places in London?

It’s always difficult to recommend anything in London – there’s such a variety of things to do… but here are a few of my favourites.
For Drinks: Beer – The Priory Arms in Stockwell. It’s one of Time Out’s top ten London pubs and it deserves it. Amazing selections of beers from around the world and a really great ‘pub feel’
Cocktails – it’s not offbeat or trendy but Browns in town is a really good night out. Warning though – it isn’t cheap and weekends will be busy.
For Food: Zafran in Addiscombe, Croydon. One of the best curries I’ve ever had and two people can eat and drink for about £30. The staff are wonderfully overfriendly too… it’s a five minute walk from the tram station.
For Meeting Up and Chatting: Becoming a member of RFH is £40/year and that gives you access to their members lounge on the top floor as well as a host of offers and members events.
For Relaxing: Head south – take a stroll/sandwich in Richmond Park or have lunch along the river in Kingston – bliss. 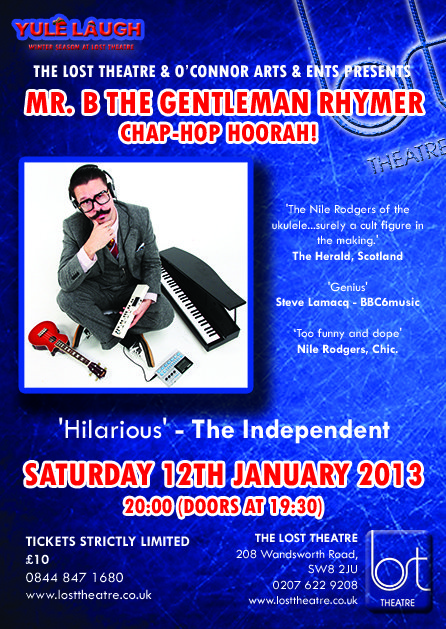 I’m awful for planning my time; I usually won’t know where I’m going until that day; but here are some things that are already down in the diary…

Tricity Vogue is doing a one-night only show at the RVT called ‘Heels of Glory’ on the 10th January at 8pm which is going to be stunning; Dusty Limits, Sarah-Louise Young et al star… you’d be a fool to miss it.

Feast at the Young Vic later this month is promising to be an amazing collaboration with The Royal Court. I’ll be going for sure.

There is the London Ice Sculpting Festival on at Canary Wharf from 11-13th Jan.

Rain Room at the Barbican Centre is on until the 3rd March. You’re chance to see some amazing digital art and control the rain!

We’ve got the infamous Mr. B The Gentleman Rhymer as well as a double bill of Paul McCaffrey and Radio One’s Tom Deacon for a tenner as part of our January Season at LOST.  I’ll be taking the night off work to see both of those shows for sure! 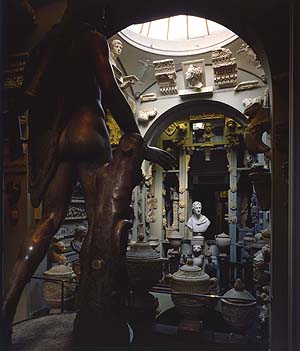 The National Gallery and Portrait Gallery offer some amazing, interesting free stuff constantly; join their mailing list. It’s worth it. There is LOST’s second venue above the Priory Arms in Stockwell that offers free entertainment three nights a week. Sir John Soane’s Museum for some funky, free viewing. Get down to RFH/Southbank when the market is in town; there’s some fab stalls that sell all range of food/drink at reasonable prices. Time Out (and of course To Do List) do some really great guides to getting something-for-nothing in London. If I’m ever stuck for what to do; five minutes on their websites and I’m sorted.

Considering I live in a city that pretty much has entertainment 24/7 – I don’t get out to see as much as I should. I think one of the hardest things if you work full-time in the arts is making time to see other people’s work. People tell me it’s about time management and it is one of the things I’m working on being better at in 2013.

We are now accepting applications for The LOST Theatre One Act Festival 2013. This is the headline Festival at LOST every year and last year was absolutely incredible. Now celebrating it’s 29th year – this Festival is promising to be bigger and better than ever before.

We want to present 18 of the UK’s most innovative, promising and talented emerging companies on one stage over 5 days in May. Do you have a play or an idea that could be developed to between 20-45 minutes in One Act?

Over the years the Festival has had many highlights – performances by a young Ralph Fiennes and a young Mackenzie Crook, and success for its winning writers, including some who have gone on to have their work recorded by the BBC and ITV.