Since opening its doors on April 9th, The Shed has already played host to some great shows – and the line-up continues to impress, including current hit Mission Drift.

With the Cottesloe Theatre closed for redevelopment (and renaming – it will return in 2014 as the Dorfman Theatre), the National Theatre have brightened up their front doorstep with  The Shed, a temporary venue which promises to host new theatre that is original, ambitious and unexpected.

As Steve Tompkins, Director of Haworth Tompkins Architects pointed out, the NT has always had a very north-facing bias – approaches from the south, east and west invariably end at a concrete wall. Now, masterplan NT Future aims to help the NT “become more culturally & architecturally porous” by opening its doors, both literally and figuratively, in new directions. A big part of this plan is the regeneration of the Cottesloe Theatre, which will be out of action until Easter 2014. In the meantime, the NT believe they have an ace up their sleeve…

Occupying the space which previously hosted the popular Watch This Space summer festival (hopefully returning in 2014), The Shed is a 225-seat pop-up theatre which, over the next 11 months, will allow the NT to widen its scope a little by showcasing not only work by theatre-makers familiar to the NT, but also emerging voices – artists working in The Shed will include Carrie Cracknell, Marianne Elliott, Polly Findlay, Nick Payne, Tim Price, and Debbie Tucker Green.

Here’s the line-up (more to be announced):

By the TEAM, in collaboration with Heather Christian and Sarah Gancher 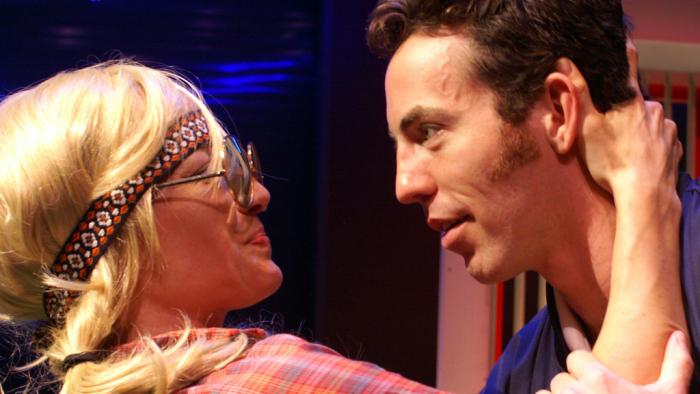 They Say: Mission Drift is a pioneering journey across the USA in search of the character of American capitalism, told through atomic blasts, lizard ballet, and music that fuses Vegas glitz with rock and gospel.

We Say: A thought-provoking and entertaining exploration of, superficially, an immigrant couple exploring the frontiers of the newly-found Americas, intercut with the story of a modern-day Las Vegas casino worker made redundant as a result of financial instability. Beneath the surface is an exploration of the rise and stall of American capitalism, for which the setting of Las Vegas is a fitting symbol, and the human obsession with (or dependency on) creation, destruction and rebirth.

Bringing this all together is a group of actors at the top of their game, inventive and involving staging, but beyond all else gorgeous songs written and performed live by the stunning Heather Christian. The marriage of content and presentation style is inspired and, whilst you may not feel a sufficient connection or level of concern for the central characters to be genuinely moved, the music should strike all of your emotional chords – if not, you’re dead inside!

They Say: Fifty years ago, National Service ended in the UK, but elsewhere in the world teenagers are still regularly conscripted into the armed forces. Following eight boys from training camp to the battlefields of an unknown war, The Grandfathers, first seen in NT Connections 2012, is a visceral theatrical event. More Info & Book Tickets

A new version for young audiences by Ben Power

They Say: Join us for this swift, contemporary celebration of Shakespeare’s much loved drama as we bring Romeo and Juliet to life for a new generation. Suitable for families with children aged 8 years and over. More Info & Book Tickets

They Say: Documentary theatre meets beatboxing and R&B as a team of musicians and actors tell the stories of the young Londoners who don’t get heard. A funny, joyful and politically urgent theatrical experience. More Info & Book Tickets

Future programming will include a sound installation piece by electronic musician Matthew Herbert; a new play by Frances Ya-Chu Cowhig, The World of Extreme Happiness, directed by Michael Longhurst; and The Elephantom, a play with puppets for young audiences, based on the book by Ross Collins.

You Can’t Miss It!

Literally – anyone taking a walk along the South Bank can’t have missed the big red shed springing up!

Anyone of an overly conservative nature should rest assured that The Shed will only be brightening the concrete surroundings of the South Bank for 11 months. After that, who knows what might become of it? We asked about the possibility that The Shed might find a home elsewhere, or possibly even tour around the country – whilst it’s a possibility, we’re told that the The Shed was built with recycling in mind, but not necessarily relocating. This strikes To Do List as a bit of a missed opportunity – how better for the National Theatre to prove its national importance than to send The Shed off to other cultural hotspots around the country as an NT outpost?