Ahead of the inaugural Not Television Festival, we caught up with founder and cabaret blogger/critic/producer Ben Walters to talk creativity, inspiration, favourite places, things to look forward to and whatnot!

Tell us about the events you make?

The Not Television Festival is a weekend-long season of shows that love you back, taking place at Chelsea Theatre from August 29 to 31. The idea is to celebrate performances where the artist and the performer work together to create something unique, unrehearsable and unrepeatable. 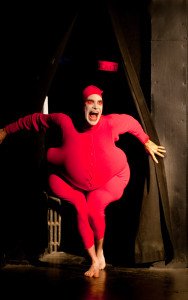 It might be comedy or cabaret or music or theatre – we’ve got everyone from Red Bastard to Tricity Vogue to Sunday Assembly on board, Jonny Woo and Lady Rizo as you’ve never seen them before, and lots of acts fresh from Edinburgh – but the thing connecting them all is the special spark you get from that live connection where anything can happen.

What makes your events different?

My day job is as a critic, mostly writing about cabaret, queer film and DIY culture. I take the same approach to my events as I do to my writing: trying to make new connections, champion exciting fresh work and suggest why good art can make everyone’s life better. I also produce an occasional cabaret night for Chelsea called Come With Me If You Want To Live, and I run a night called BURN, which shows video work by cabaret performers. I want my events to be fun but also to challenge ideas about who we are and how we live, and maybe encourage people to try out artistic ideas of their own.

Gosh, that’s a hard one. The very first BURN, at Bistrotheque back in 2010, was pretty special – I’d never organised an event like that before but it was a buzz to be able to collect all this cool video work that had mostly only existed online and show it in a room full of the people who made it, people who knew them as live performers, people who liked crazy video work, and feel like everyone there got to see something they’d never seen before. I was also very proud of the fashion show we put on as part of the last Come With Me, showcasing the community couture class that meets at Chelsea Theatre.

It sounds cheesy but the hundreds of performers, producers, venue managers etc who work incredibly hard for laughably little to make the London cabaret scene such an insane, inventive, inspirational oasis of exuberance. As a critic, I really appreciate how Michael Musto has been delivering a running commentary on New York’s underground scene for decades now. 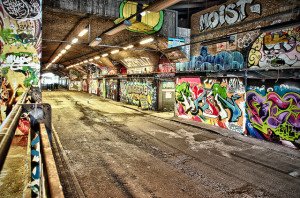 I live in Waterloo and love my neighbourhood: the Scooterworks cafe on Lower Marsh, the Anchor & Hope on the Cut, the Leake St graffiti tunnel, the pieces by Southbank Mosaics that you see dotted around. Da Vinci’s bar is pretty bonkers.

Just walking around the city never gets old – the layers of life written into its physical being are inexhaustible. I keep finding out about random things that were once on my doorstep: the music hall where Vesta Tilley made her debut; the terminus of the necropolis railway that transported cholera victims’ bodies out of town by the thousands… 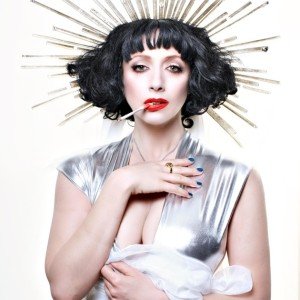 The Not Television Festival is at Chelsea Theatre, August 29-31. Ben Walters blogs at www.nottelevision.net and tweets @not_television