No. 17 Dickens Yard – the latest opening in the Darwin & Wallace stable of West London bars – is characteristically classy and carefully understated. 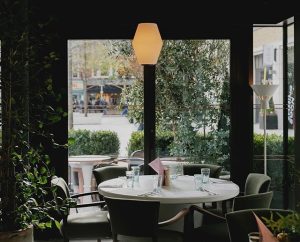 The launch party (Wednesday 14th November) was heaving of course, people wall to wall, but what we could see of the décor was faultless. Think oak panels and copper fittings, a pristine balcony lined with tables for two, discreet enough for a private drink but still open enough for passers-by to see the beautiful clientele.

Despite the crowd, bar service was commendably quick and the cocktails were flowing all night. Options included a sugary lemon one with gin & a sugary pink one (both palatable, but ultimately unremarkable as a flavour experience – the pink cocktail apparently contained whisky…), and the signature Honey Martini, which we would recommend. All simply presented in heavy glasses and all the better for lack of frills. Not destination-worthy but an excellent pick if you happen to be out in the far reaches of the Central Line already. 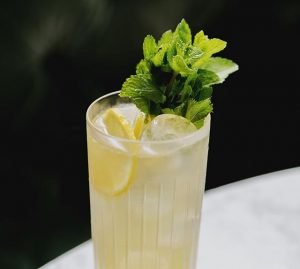 The steadily circulated canapés all looked well-presented and Insta-worthy, even if the carnivorous fayre wasn’t exactly on-trend. Maybe going meaty in the West is a deliberate riposte to the plant-based haven of East London dining.

The layout is pleasing, a wide open main bar, more intimate upper level and decent sized tables outside for small groups and pairs. The terrace comes complete with Swedish-style blankets and risky-but-pleasing wood fires in little freestanding cast iron hearths, which I can only assume are traditional Scandinavian firebaskets; open for optimum hygge. 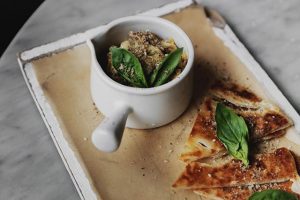 By far the greatest distinction for No17 Dickens Yard has to be the demeanour of the staff. Attentive, considerate and amenable, they’re what takes this bar to four stars. Being made to feel valued as a customer is an increasingly rare commodity and the Darwin & Wallace team have nailed it, from the hosts to the doorman. Even the security guard who asked us to clear the terrace at 11pm was patient and respectful, and that makes the difference between a neutral experience and a positive one.

Bonus points for unisex toilets too (and nice hand cream – it’s the little luxuries). In summary, No17 Dickens Yard may not be worth the trek out to Zone 3 of its own accord, but it’s a well-appointed spot perfect for a relaxed second date, or somewhere grown up but not too imposing to take your clients. Or your parents for that matter – whoever you need to charm really!