When in Berlin… Get thee to the Miniloft! 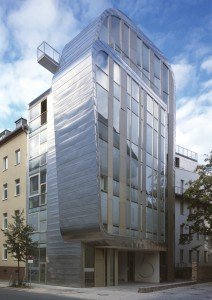 It’s (semi-)officially Berlin Month here at To Do List – we’re here right now for the re:publica conference, and we’ll be back again at the end of the month (when we’ll properly get stuck in to all the cultural delights this city has to offer!

If you want to know what we’re doing at re:publica, just check out @StuDoList on Twitter. For now, what we really wanted to do was let you know about the amazing hotel we’re staying in – the Miniloft on Hessische Strasse. 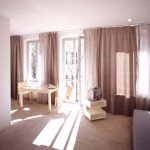 So, we say hotel, but this is a hotel for people who like a bit more independence – you can cook your own grub, for example, in a cute little kitchenette. You basically get an apartment of your own for amazing value – all you need to do is decide how much space you need. We’re down to earth types, so we looked no further than the Compact apartment – which is plenty big enough, and played host to a fine fry-up this morning. 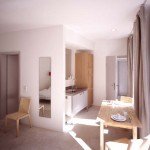 We really can’t recommend Miniloft enough – it’s such a nice place to stay, great location, and really relaxed and laid-back (we arrived late last night, so the key was under a doormat with a nice welcoming note, and there was a welcome note on the apartment door!).

So what are you waiting for – follow the To Do List example, get on over to Berlin, and grab yourself a Miniloft to call home.