Back in May, the highlight of our trip to re:publica 2012 was hearing Cindy Gallop talk about her upcoming project, MakeLoveNotPorn.tv. 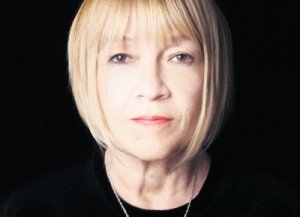 Now, M♥NP.tv is up and running and going from strength to strength – it’s still in beta-mode, but you can register to join, and ‘play around’ to your hearts content.

M♥NP.tv is “of the people, by the people, and for the people who believe that the sex we have in our everyday life is the hottest sex there is.”

And yet: people responded in droves to my TED talk and to http://makelovenotporn.com, saying, ‘Yes, PLEASE’ to an honest, open dialogue around sex and porn as default sex education. That was what inspired me to take MakeLoveNotPorn forwards in a new iteration designed to make #realworldsex socially acceptable and socially shareable; to build a platform and tools to be sexual social currency, to achieve the one thing we’d like everyone to do when it comes to #realworldsex – talk about it. To each other. While you’re having it. While you’re not. Openly, honestly, in a way that will improve everybody’s sex lives, and lives generally. 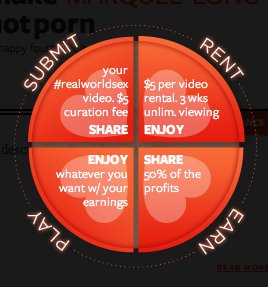 Check out Cindy’s re:publica 2012 talk below, and head over to MakeLoveNotPorn.tv to register to take part in the beta. Watch some videos, maybe even MAKE some videos, and enjoy some real LoveNotPorn. Go on, have some fun – you might make some money out of it, and you might learn something from it – and if you’re not impressed, you can go back to trawling XTube…