Rediscover the city with Lumiere London

Sadly this wasn’t quite backed up by reality, as everyone we saw looking at Lumiere’s delights last night was frantically snapping and adding to their own Instalife! But good on them adding a bit of creative camera work to their lives…

Some of the events were not quite ready yet, including Tracey Emin’s work at St James’s Piccadilly, and also the bubble on Oxford Circus wasn’t exactly what the publicity image suggested.

Nevertheless, Lumiere London is a great excuse to stay above ground and on foot in central London, with surprises dotted around Soho and beyond – and it feels so good to be able to walk right down the middle of Regent Street! 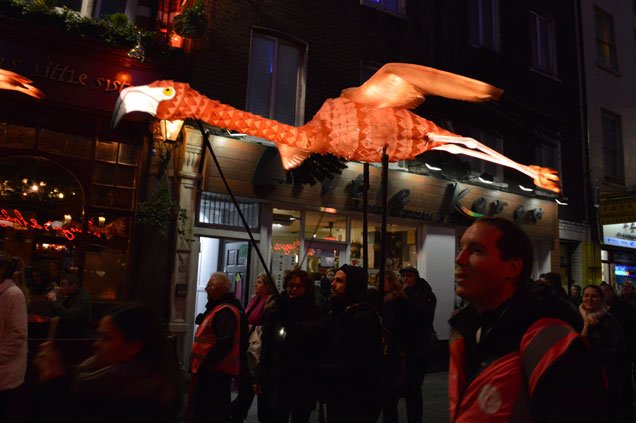 A bonkers puppet palava of pink flamingos in Chinatown – one swooped in for the kill, but we survived! 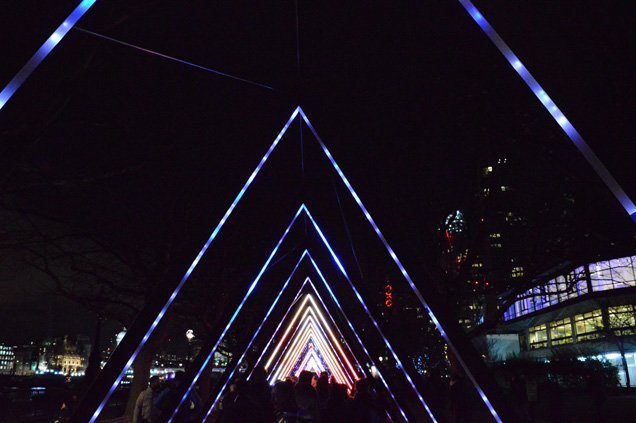 The most incredible thing we saw in our outing at Lumiere London – reminiscent of similar light installations we’ve seen elsewhere, but done better! 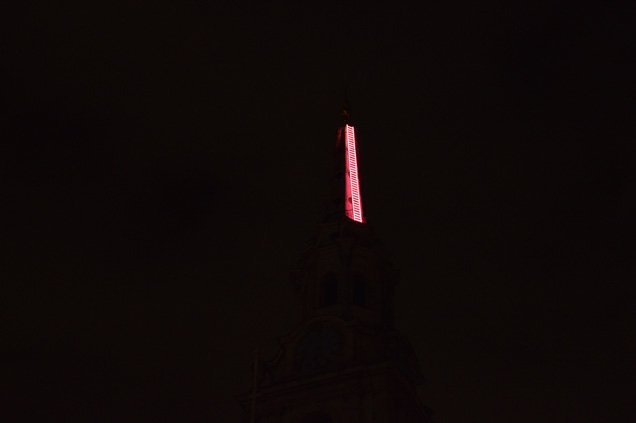 A stairway to heaven in a truly mind-bending position. Bet you can’t figure out where this is from the photo – but head along to Trafalgar Square and take a look around…

3 Things We Want To Visit In The Wider Festival

Patrice Warrener: The Light of the Spirit (Chapter 2) | Westminster Abbey

However, the true magic of Lumiere London for us was… 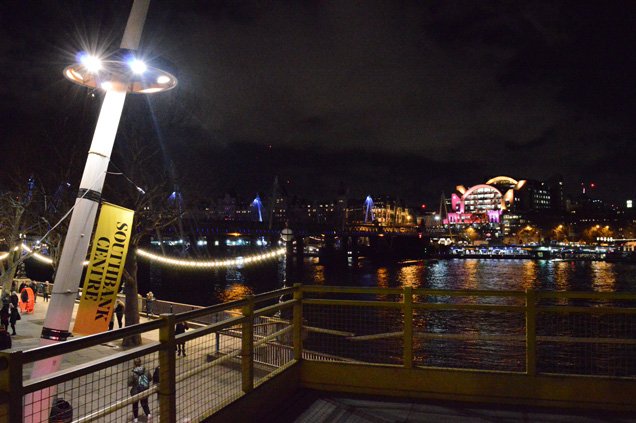 ← ★★★★ A Woman’s Life
To Do List Goes Veggie! Vegan and Vegetarian Food in London →