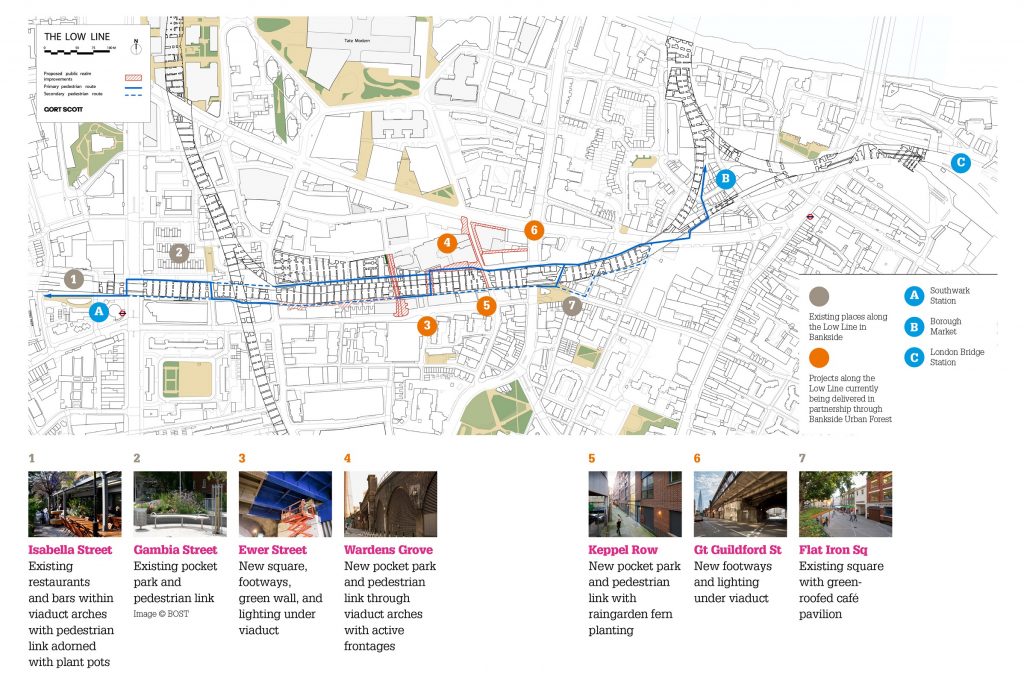 [/vc_column_text][vc_column_text]The project, which will continue to open in stages over the coming months and years is intended to help reinforce Bankside’s position as a key cultural destination in London.

Some Low Line highlights for Autumn 2016 include: 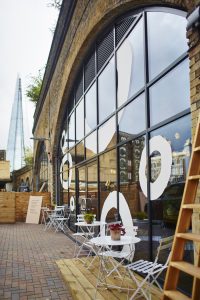 The project is not just about shaping a path, it is about creating places of interest along the way too, providing residents, local workers and visitors to Bankside with a different way to experience the neighbourhood and the surrounding area.

This is just the start of delivering a range of inspiring, well-designed new public spaces where people choose to spend time and money, delivering a new focus for the neighbourhood. These standalone projects will support the wider aims of the Low Line – to create a continuous, linear route along the extent of the railway viaduct.