The BFI London Film Festival 2015 programme is another smörgåsbord# of exciting new films, and we’ve picked out 18 highlights – from gala screenings to niche gems!

# Our favourite word, if you hadn’t noticed… 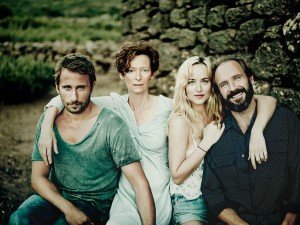 Tilda Swinton plays a rock star recovering from a throat operation in A Bigger Splash (Dir: Luca Guadagnino | Italy-France | 120 mins), reuniting her with director Luca Guadagnino (I Am Love). Ralph Fiennes is the music producer ex-husband who shows up in Pantelleria with his recently-discovered daughter (Dakota Johnson), whilst Matthias Schoenaerts is Swinton’s filmmaker lover. Expect emotions to run high as the sun shines and the wine flows.

It’s eight years since Todd Haynes’ last film effort, the stylistically impressive but – dare we say it – snooze-inducing Dylan biopic, I’m Not There. Word is that Carol (Dir: Todd Haynes | USA-UK | 118 mins) is a return to Far From Heaven form, with Cate Blanchett playing Carol, an alluring woman trapped in a loveless, convenient marriage. Blanchett is being hotly tipped for awards season, as is co-star Rooney Mara who plays the Manhattan department store clerk with whom Carol forms an instant an intense connection. 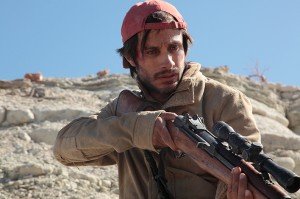 Athina Rachel Tsangari’s Chevalier (Dir: Athina Rachel Tsangari | Greece | 99 mins) is a buddy movie without the buddies. Six men on a fishing trip in the Aegean Sea decide to play a game to decide who is the best. The addictive competition pushes the men across boundaries of taste, sexuality, class and personal achievement – but who will emerge as victor?

Coming of age drama Closet Monster (Dir: Stephen Dunn | Canada | 90 mins) sees Connor Jessup play Oscar Madly, a teenager on the cusp of adulthood who is struggling to come to terms with his dysfunctional family, his sexuality, and memories of a traumatic incident in his childhood. Closet Monster is the story of escaping adolescence – with a talking hamster (voiced by Isabella Rossellini) thrown in!

Alex Lawther was, for To Do List, the standout performer in 2014s The Imitation Game, playing the younger Alan Turing. He returns to the LFF in 2015 in Departure (Dir: Andrew Steggall | UK-France | 109 mins), playing Elliot, a teenager struggling with his emerging sexuality. End of summer vibes abound, as the days grow shorter and adolescence slips towards adulthood. 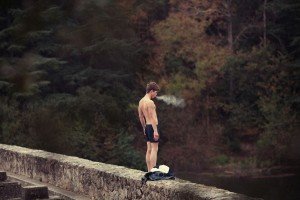 Son of Alfonso, and co-writer of Gravity, Jonás Cuaron presents his second directorial effort, Desierto (Dir: Jonás Cuarón | Mexico-France | 94 mins). Gael García Bernal stars as one of a group of illegal immigrants attempting to cross the Mexico-USA border, who find themselves prey to a gun toting racist with a misplaced idea of patriotism. Suspenseful stuff.

Don’t Grow Up (Dir: Thierry Poiraud | France) looks set to be a genre-defying mash-up of teenage rebellion and zombie apocalypse. A group of institutionalised delinquents wake one day to discover that the adults on their island have turned into deranged killers. We’ve all been there.

If you can’t wait for December 18th, get your Jedi fix with Elstree 1976 (Dir: Jon Spira | UK | 101 mins), a behind-the-scenes documentary focusing on ten bit-part actors in a little-known film called Star Wars… 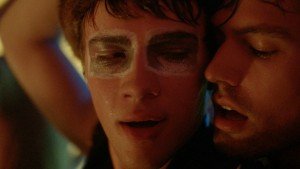 Thankfully not a prequel to the unarguably awful Jim Carrey vehicle The Number 23, The Fear of 13 (Dir: David Sington | UK | 96 mins) is instead the story of a Death Row inmate who take his case to court to petition for his own execution. A challenging story, told in a challenging, experimental way.

Everyone knows that invisibility would be the best superhero power to have, and that’s the gift bestowed upon shy Michele when he dons his Halloween outfit in The Invisible Boy (Dir: Gabriele Salvatores | Italy | 100 mins). Cue revenge on school bullies, and an unlikely way to befriend the obhect of his burgeoning teenage affections, Stella… 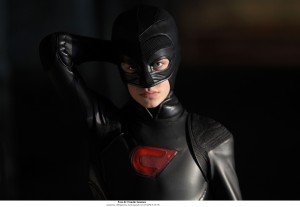 Ever since Dogtooth, Yorgos Lanthimos has been a director to keep an eye on, and his first English-language film, The Lobster (Dir: Yorgos Lanthimos | UK-Ireland-Greece | 118 mins), looks set to bring him to a much wider audience. The premise is simple, yet bonkers: in the near future, single people are arrested and transferred to The Hotel, where they are obliged to find a matching mate in 45 days or face being transformed into an animal of their choosing. Of course.

Louis Theroux is the latest documentarian to trouble Tom Cruise and co, with My Scientology Movie (Dir: John Dower | UK-USA | 99 mins) – sure to be an insightful, offbeat, wry look at the Church of Scientology.

The boundless love between a mother and her child is the real heart of Room (Dir: Lenny Abrahamson | Canada-Ireland | 118 mins) – a suspenseful, emotional story of the lengths to which a young mother goes to protect her 5-year-old son from the tragic circumstances of his life. 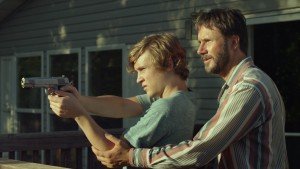 Take Me To The River

Whilst Scott Rudin was sounding off about “minimally talented spoiled brat” Angelina Jolie, many were more interested in the fate of Steve Jobs (Dir: Danny Boyle | USA) – originally slated to be a David Fincher film starring Christian Bale. Ultimately, Fincher wasn’t tempted to direct Ange in a sure-to-be-a-flop retread of Cleopatra, but still made way for Danny Boyle, while Michael Fassbender stepped into the role of Jobs himself. Aaron Sorkin has written a typically sizzling screenplay and, if the trailer is anything to go by, this could be 2015s The Social Network. Tickets for the Closing Night Gala are allocated via a ballot.

There are echoes of Xavier Dolan’s filmography with Take Me To The River (Dir: Matt Sobel | USA | 84 mins), the story of Ryder, a gay teenager whose mother asks him to hide his sexuality from their conservative Nebraskan family. But that’s just the beginning – before long, the well-trodden dysfunctional family trope makes way for a menacing, dread-inducing tale of psychosexual mind games and repressed emotions.

Bryan Cranston continues to do his best to shake off Walter White, in this McCarthy era biopic of blacklisted Hollywood screenwriter Dalton Trumbo. An ensemble cast including Diane Lane, Helen Mirren, Louis C.K., Elle Fanning &  John Goodman are clearly enjoying themselves, as Trumbo (Dir: Jay Roach | USA | 124 mins) takes a bucketful of dramatic license in retelling the sensational story of  The ‘Hollywood Ten’.