La Soirée: Showstopping cult cabaret spectacular is back for 2017 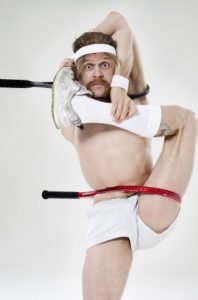 We’re really excited to see our favourite yuletide cabaret spectacular La Soirée is back in London for 2017 at the Aldwych Theatre.

This year the show breaks out of the spiegeltent and is hitting London’s glittering west end at Aldwych Theatre from 24 November 2017-3 February 2018.

The motley crew making up this year’s cast of cabaret, circus and alternative performance is still to be announced so be sure to watch this space.

This year there will also be a family friendly version called La Petite Soirée if you want to bring the kids!

Watch this special hello from Master of Ceremonies and Creative Producer; Brett Haylock or read his intro below…

“We love the fact that the powers that be have allowed us into the Aldwych Theatre to cause some trouble and bring our own brand of mischief to this grand theatre over the festive season.  La Soirée is a show that has come from the fringes. It celebrates performers that come from the fringes of the performing arts world across the globe. It’s joyous, celebratory, hilarious, cheeky, irreverent and at times quite saucy and slightly twisted.  Yet it’s been acknowledged at the highest level by the London establishment, with an Olivier Award, and now we’re playing on a West End stage.  Who could ever have imagined?  It’s a dream come true for all of us and the show is going to look amazing in this new space!

Our new afternoon offspring, La Petite Soirée, will have the spirit of La Soirée running deep through its veins with a little less of the sauce! We look forward to welcoming new audiences with a brand new show suitable for everyone from 8 to 80.”