John the Unicorn is the latest & most madly named pub to appear in Peckham’s Rye Lane.

The pub will open on Thursday 25 February 2016 and is the eagerly anticipated latest addition to Antic London’s eclectic stable of over 40 pubs.

Launch night at John The Unicorn invites natives and travelling Londoners alike to become familiar with their new neighbourhood friend over drinks and street food connoisseurs Hao Hao Chi who’ll be offering up fresh and flavoursome Chinese bites from 7pm until 12am.

Here’s 5 reasons why we think you should visit: 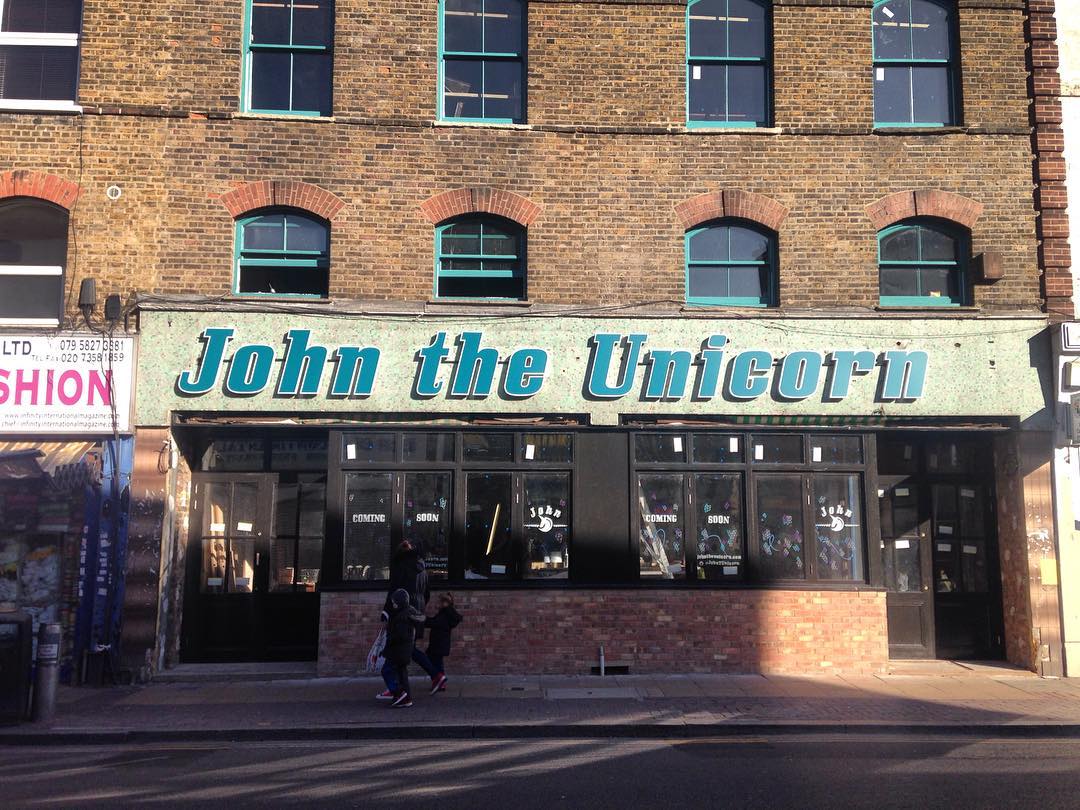