We caught up with Valerie Ebuwa to talk about Woman SRSLY. Valerie is a freelance dance artist, writer and model based in London. She started her training at Lewisham College before obtaining a BA HONS degree from London Contemporary Dance School.

What is Woman SRSLY?

Woman SRSLY is a female-led platform created and designed to uplift and help female identified and socialised artists to make their own work. It was founded in August 2017 by Grace Nicol. We programme work that spans dance, theatre, live art, music and film. I feel this scope is what makes the platform really interesting and beautiful. At the moment the platform runs every 4 months. This is because we are currently running the platform as a panel of volunteers. The panel includes; Claudia Palazzo, Holly Beasley-Garrigan, Alice White, Becky Namgauds, Grace Nicol and myself. We also want to give enough time between each platform to make it as special as possible and we want to make it the best experience for everyone involved and the same for the audience. So, it’s a lot of work!

Woman SRSLY is about creating our own eco system. Our artists, DJs, lighting designers and technicians are women. These people do exist and are not hard to find. And you know I say women but the word women in this sense encompasses people who have been socialised female and who may not fully identify with that word or people who do identify as women.

We always say bring your male allies. For example, the last show that we did my hair was done by my friend Ryan! But the idea is that it’s females at the forefront and taking initiative and not necessarily always being behind men.

Tell us about the next platform?

The next platform will be at The Yard Theatre in Hackney Wick. There will be 6 companies performing as well as; our resident movement girl band The Yonis, female DJs at the after party and I will be hosting!

Why are you doing Woman SRSLY?

I think that it is important to tell as many female stories as possible. As a woman of colour, I feel like the only stories the mass media portrays are often incorrect, manufactured stereotypes of what the black female experience truly is. People, not just women, are multifaceted. My story is just as valid and interesting as the stereotype. So, I want to share it and the stories of others like me. 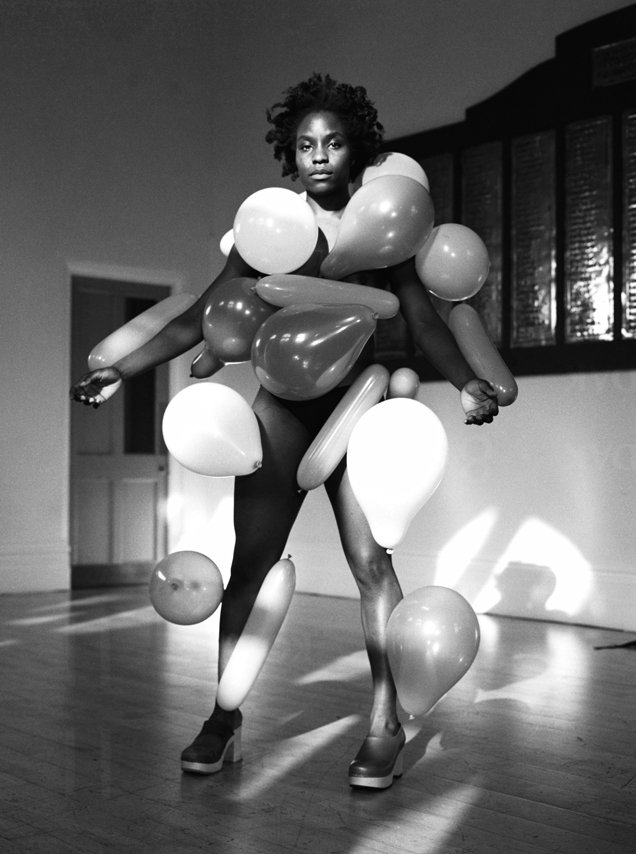 Specifically, to your experience, why is it important to create this platform?

I am from East London born and bred. However, when I started dancing I found, in order to study contemporary dance or art, I had to leave the borough to gain the best training. Putting on the platform at The Yard is really important to me personally as I feel like I’m giving back to the community that birthed me and also providing outlets for those like me but closer to home. Therefore, it’s inspiring for me to be able to host and be part of something that is based in East London.

As a performer, I think a platform that supports female artists is really important. This is because I feel that as the dance world is so male orientated and led that we are not encouraged as females to make work or as performers to aspire to be in female choreographer’s work. I remember being at school and them asking me who I wanted to dance for and them just suggesting a bunch of male choreographers. The institutions, funding bodies and critics might bemoan the fact that females get less support but at best they aren’t doing anything about it and at worst they are perpetuating it. So, we felt that we would create this safe space. It is really important to us that we create a supportive and safe environment for the acts because we want to encourage female choreographers to share their work in public and this can be scary if you feel like you are not being supported. Female artists are just not taught that its ok to reach for that. Woman SRSLY came out of that.

What are your plans for the future?

I would like to see more women in charge. More female choreographers and makers being seen and acknowledged and dancers aspiring to be at the forefront. Woman are conditioned to be subordinate to men and it’s confusing to me because we have literally birthed a nation. Yet we are conditioned from birth. This was really prevalent in my household. My parents were very conventional Nigerian parents – women should be in the kitchen, get married, take on your husband’s name – these kinds of things. Although I don’t think these things are wrong, I just don’t think it should be the default. It’s time for women now to step up and challenge why we’ve been taught to believe this. We are more than capable of taking charge and taking up space. I have always found that my male friends are more confident them me and that’s because they are taught to lead, and we are taught to support. Why can’t we lead? I would love for a year of women really understanding that they are made to lead. Take us seriously.