The latest work from To Do List favourites Vacuum Theatre is a playful exploration of today’s preoccupation with ‘living in the moment’ using pop culture, dancing, iconic movies, philosophy and meditation. 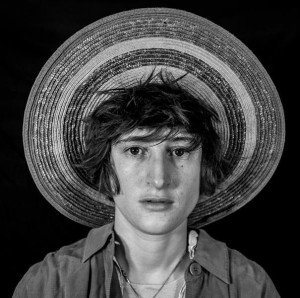 After the brilliance of The Vacuum Cleaner, Something From Nothing and 2015 Christmas Show On The Table, Under The Bed, we can’t wait to experience the latest post-modern, post-dramatic theatrical experience from Kit Redstone, Vicky Kyriakoulakou, Oya Bacak and Alexander Raptotasios.

Ahead of the run at Battersea Arts Centre, we caught up with Kit Redstone to talk Absence, inspirations, things to do and places to go!

We’ve followed your work for years now, what do you think makes Vacuum Theatre productions different? 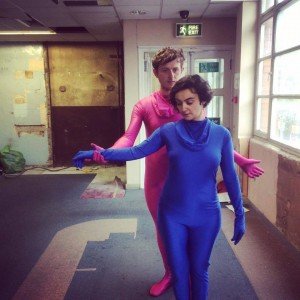 One of the consistent threads of our work since our first ever show in 2012 has always been using the audience as the root of our work. Whatever the content or the starting point of the work, it always becomes about creating a live dialogue with our audience and immersing them – not through scenography or staging techniques necessarily, but through direct and live acknowledgement. Although this can be read as self-referential zeitgeist, it actually comes not from a desire to be modern and cutting edge, but from a demand that the company feel to really engage in a very visceral way. I think that there is an honesty and humility to our work that appeals to people.

The humility lies in the acknowledgement of our limitations as performers and humans, and the simplicity of our materials. It is always an exciting challenge to build a show embracing rather than hiding these limitations, whether they be financial or the fact that none of us are very good singers and dancers, yet I feel and I do hope our audience agree, that there is something delightful about watching people try to do something they can’t do. I guess this is where the live art element plays into our work! 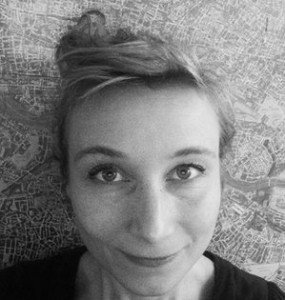 We also make our work and write our text for our performers specifically. It means that the text is literally made for them and the way that they move and talk, which results in them being very comfortable on stage and forging more of the intimacy that I mentioned earlier. 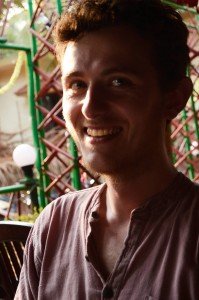 Something else which I think is important to the nature of our work is the sheer love of it from everyone who is involved in the making of it. There is a lot of passion behind what we do and the Vacuum core team. Sandra Theresa Buch who works as a dramaturg for us and co-created Something From Nothing, literally came up to me in the street after seeing a show of ours and said ‘I would like to help you guys in whatever capacity I can’. There have been times when she has rushed to a rehearsal on a bicycle with her baby on the back and even times when we have incorporated her baby into our workshops! 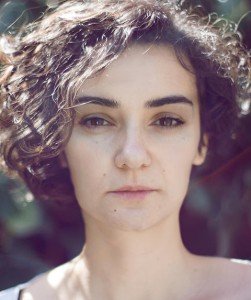 And of course Alexander Raptotasios and Oya Bacak who have worked tirelessly, not only as performers but also as vital members of the machinery of the production team. And all for the love of what we do. I think this DIY passion translates in the shows themselves, and audiences seem to get that.

What was your journey to creating your new show Absence?

The idea of Absence was born while we were touring our last production ‘Something From Nothing’ in India. We were surrounded by Western travellers seeking answers to questions about their identity, and pursuing alternative routes to happiness and fulfilment. The idea also came from a moment in Something From Nothing where the performers leave the stage and the audience is left alone with an empty stage and prompted to create a scene through their imagination. So therefore we were thinking of presence not only in a metaphysical sense, but also in a physical sense too. 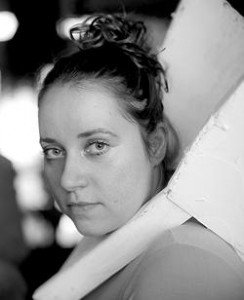 From a theatrical perspective, there is a lot of discussion in the acting world of performers being ‘on’ and ‘off’ on stage, and I found it interesting to pursue this idea as content. Later on when developing the show with Vicky Kyriakoulakou our co-director, we did workshops on the theme in different ways, playing with ideas of presence through making your mark on the world, being talked about, and ultimately the goal of the piece as a whole which is to prompt people to think about being presence through other people, being reflected by them, existing because of them.

What should an audience expect to experience at the BAC from 21-24 October?

They should expect a deliciously mischievous balance of humour and philosophy, and a show with a lot more narrative than our previous work. They should expect to be taken on a journey of discovery by three ‘aliens’ struggling to discover if they exist or not, and all their limitations getting in the way. 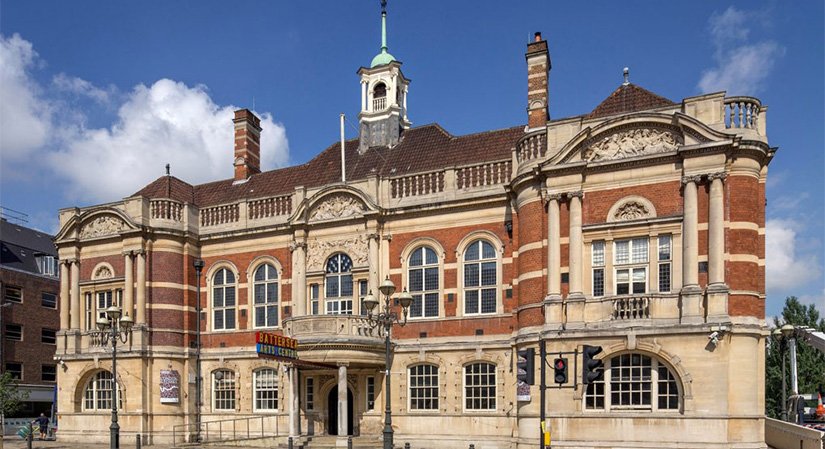 Who or what inspires you to make your work?

Vicky and I are inspired by quite different things. Vicky reads a lot of philosophy and critical theory that feeds into her approaches to our work, whereas I am very inspired by conventions of text – the way we talk, the language of advertising, rhetoric, self-help guides etc. Vicky is also a choreographer so a lot of the staging is down to her and her playful approach to making the work come alive physically, whereas I am much more about the text itself and the crafting of the dialogue and characterisation. But we are both inspired by life, by movies, music, other theatre companies, fiction etc. Something we share in common that has always made working together extremely enjoyable is a strange mixture of a very serious, political sentiment versus a love for the hilarious, the ridiculous and the surreal. I think it is this odd combo that can make the audience unsure as to whether they should laugh, nod sagely or cry! 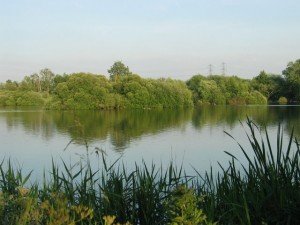 Walking on the canals and waterways of London, eating Ethiopian food in Kentish Town, singing karaoke at the Birdcage in Columbia Road (unfortunately closed now), swimming in the angling lakes in Cheshunt which is a little secret paradise 15 minutes from Hackney on the train, amazing tapas at El Parador in Mornington Crescent, sitting on curbs all over London with a take away coffee. I recently went to Dennis Severs’ house in Spitalfields which was absolutely incredible. 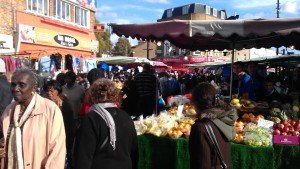