Ahead of new show Thirty Christmases, and an Austentatious monthly residency at Piccadilly Theatre, we caught up with Rachael Parris to talk Xmas, The Mash Report, London haunts, improvisation & MORE!

Tell us about your new show Thirty Christmases coming up at the New Diorama?

It’s a very funny, but also very heartfelt show about a brother (Jonny Donohoe) and sister (me) trying to reconnect with the help of their oldest friend (Paddy Gervers) after having a long run of very difficult Christmases. It’s about not having a home at Christmas and it’s about family, tradition and eggnog. It also has loads of very catchy new Christmas songs in it, including one about reindeer sex.

What would be the main message if you were to give an alternative Queen’s Speech?

I would just chant OOOh Jeremy Cooorbyn for 15 minutes and see what happened. 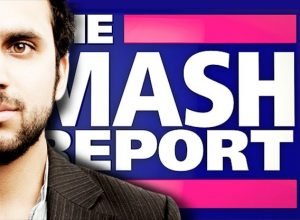 What’s the best thing about working on The Mash Report?

The best thing is getting to mess around with my mates – getting to work with Ellie, Nish, Andy – we’ve all known each other for so many years, and we can’t quite believe they’re letting us do this together. We get to sit backstage at the live recordings and just watch each other’s bits and it is a great deal of LOLZ.

What are your favourite and worst things about the festive season?

I love the festive season! Best thing: I love all the fairy lights everywhere. I wish they were up all year round. I come from Leicester, where they put all the lights and decorations up in October for Diwali and leave them there for Christmas and that is just ideal – they’re beautiful and a bit garish and that’s how I like ‘em.

Worst thing – those weak-ass, whispery-voiced acoustic covers of famous songs that they always use on the big Christmas adverts. Ugh. 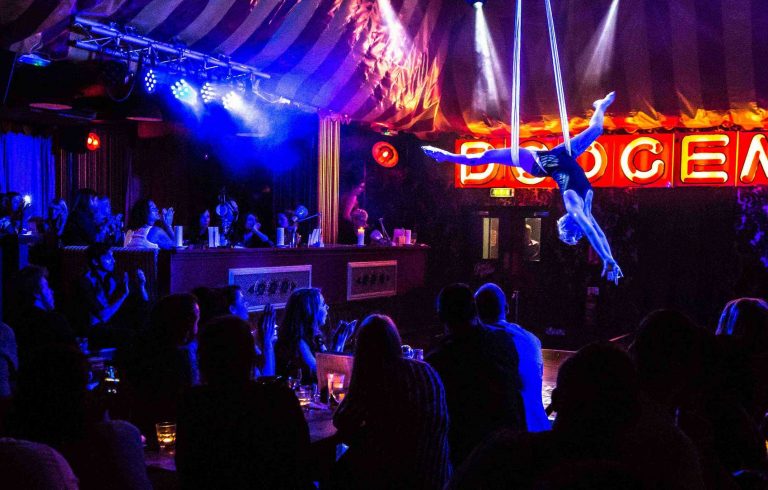 For daytime places, I love Yum Chaa in Soho, you can just sit with a pot of tea for hours and scribble in your notebook. For drinks, I’d head to Brixton – maybe The Lounge or the Ritzy or there’s a great cocktail bar called 384. To be entertained – oh, go to the newly opened Aeronaut in Acton. They have circus shows on the weekend, it’s an amazing night out, I perform there sometimes and it’s always an electric atmosphere (and late-night party afterwards!) 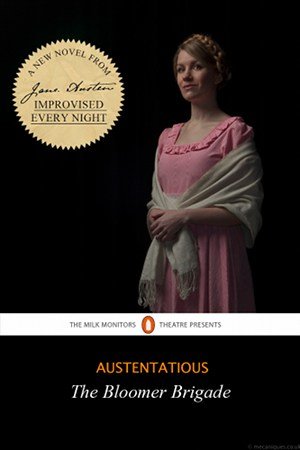 Well, just this week, on the Austentatious tour, the audience gave us the title “Aliens Hit Derbyshire”, and so we had the Darcy-esque Lord Williams shedding his human skin to reveal to me his true form, a 4000 year-old alien with 7 eyes and three tentacles that kept high-fiving me. And yet we found a way to make love happen. That was quite an odd one, even for us.