HURRAH! Paul Daniels & the lovely Debbie McGee are back with their new show INTIMATE at the gorgeous Hoxton Hall this week. We caught up with them ahead of the show to talk gags, London & more. Book tickets here.

p.s. Debbie McGee gave us one of our fave TV moments EVER on Mrs Merton with the legend Kris Acabusi. Get to the end of the post and you will be rewarded with the epic video.

Tell us about the new show ‘Intimate’, what can an audience expect?

Our last tour involved vans, stage managers, lighting plots and so on. I decided that I would like to do completely the opposite this time and go close up and Intimate. 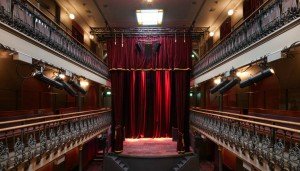 Hoxton Hall is a gorgeous music hall venue, what makes performing in a historic entertainment palace so special?

All theatres, be they new or old, have their own ‘magic’. Watching TV will never be able to match the feeling of being in a real audience, surrounded by real people, all laughing and enjoying a show.

Do you think there’s still room for music hall style variety & magic in the connected 2015 world?

I get asked this question a lot. I have been asked it all my working life! Consider this: the first record we have of a magician working his stuff is a hieroglyphic on the wall of an ancient Egyptian Pharaohs tomb. Around the globe magicians are still plying their trade very successfully and that is despite truly badly performed ‘exposures’ on social media. We will survive. 🙂

Ah… you’ll have to buy a ticket…

What’s been your career highlight? We miss you on Saturday night TV.

I have the greatest of jobs. I get paid for playing with my toys and having a laugh. At the moment I work around the world having fun in a wide range of venues. It can’t get better than that. 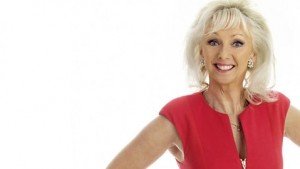 What’s been your most fun experience, excluding your awesome interview with Mrs Merton that is?

What a good question. Aside from the magic shows in which I tend to interrupt Paul, I guess it’s being BBC Radio Berkshire’s longest running Sunday radio host.

Tell us something we don’t know about Paul.

He sings in his sleep.

What are your favourite things to do in London when you’re here?

That’s easy: Go to see live theatre shows. There are so many good shows on at the moment, but then, I guess there always was and will be.

What’s next for the lovely Debbie McGee, will you finally get your own show with Paul as the assistant?

Been there, done that. A couple of times I ‘took over’ and Paul played the part of my assistant. In fact, in the current ‘Intimate’ show there are moments where sometimes he is my assistant and helps me out. I love this show.