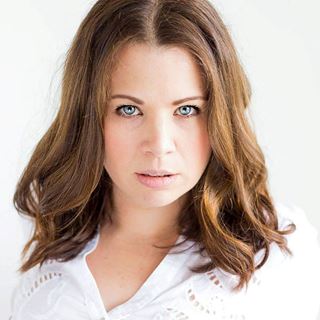 We caught up with theatre director Liz Arday to talk about her electric double-bill of raw plays at the Etcetera Theatre in Camden from 21 March.

Tell us about your shows coming up at the Etcetera Theatre

In THE EISTEDDFOD, we meet agoraphobic siblings Abalone & Gerture, who play adult games of make believe rather than living in the real world. It’s a very clever meta play, intertextualising a whole bunch of other work including Shakespeare’s Macbeth & Hamlet, Kane’s Blasted, Chekhov’s Three Sisters, Pinter’s The Lovers, Ionesco’s The Chairs, Lally’s own voice even segments the work. We’ve created a performance space that is more akin to literary purgatory than the suburbs. It’s a weird world, and a portal into the imagination and adult longings of these two stunted individuals. It’s the kinda play that gets under your skin without realising.

LZA Theatre | The Eisteddfod | Trailer from LZA on Vimeo.

A WOMAN ALONE is quite the opposite. A direct to audience monologue, this is high energy laugh out loud rollercoaster. We meet a lone woman locked up in her flat. A prisoner in her own home, a prisoner in her own life. Amid domestic chores, dodgy phone calls, a sex-crazed brother-in-law and an endlessly screaming baby she tells us the story of how her love for a young student led to her imprisonment at the hands of her jealous husband. It’s a tragedy played out through insanely funny farce and an unashamedly defiant piece of feminist storytelling.

LZA Theatre | A Woman Alone | Trailer from LZA on Vimeo.

What can an audience expect?

Laughter! And then the weird push-pull of realising that what you’re laughing at is a little bit wrong! Both plays have a brilliant dark humour, and lead you into worlds familiar but very very strange. Reality starts to detach in both plays quite quickly, leaving you to navigate the gap between the real and the perceived. Although both plays tackle some very raw subject matter, we’re attempting to make two works more visceral than intellectual. We want you to leave with sore abs from laughing, but then left thinking about what you witnessed for days to come.

What do the stories you’ve picked to direct mean to you?

Both of these plays are about people-just like you and me-who have shut down as a result of psychological trauma. I was attracted to them as they interrogate two incredibly confronting human experiences but present them in a way that is completely unthreatening and engagingly hilarious. Having recently lived through my own experience of personal tragedy I wanted to make a point that happiness is always worth fighting for. The antithesis of tragedy has to be comedy. Above all this I guess I was most excited about the challenge of pulling these pieces off with eloquently compassion and genuine humour

Who or what inspires you to make your work?

I’m inspired mainly by how powerless I feel in my ability to incite any meaningful change in the world. Wait, does that sounds kinda bleak? The world can be a frightening & isolating place but also incredibly beautiful and wondrous too. I aim to make work that reflects the complexity of the world we live in, that inspires us to get back up on our feet, conjure community and make us feel less alone. Theatre is a great device to reimagine the world- for better or worse- and in doing so I hope to change the way we see things. I keep gravitating toward the political; I can’t understand the point of having the stage if you’ve got absolutely nothing meaningful to say?

What’s the one bit of advice you’d give to aspiring directors in London?

Go and watch everything you can! The best directors, writers, designers and actors are creating and presenting work in this city every single day and it’s so affordable! I moved here two years ago and can’t even deal with the amount of Katie Mitchell, Ivo van Hove, Caryl Churchill, Thomas Ostermeier, Simon McBurney etc etc etc that has been right at my fingertips. Watching masters work is the best education you can get. And if you can, treat yourself to a plane ticket to Berlin once in a while and see everything you can there too… it’s a whole new world!

I feel like I’m always hanging out in theatre foyers drinking wine and waiting for a show, it’s kinda boring! When it comes to theatres the Young Vic is my favourite hands down, the work is always interesting and unpretentious and I love that it’s a stage for directors to experiment on. Wilton’s Music Hall is a great little gem for catching something surprisingly world class and completely off the wall. The Barbican is great when I need an international fix. Love a Tate Date; the Modern is my preference but I never regret a trek to the Britain. Always up for a trip to the Prince Charles for a bit of cinephilia, and anywhere low-key I can stuff myself with pizza and beer with my boo is always a winner in my books.

← ☠️☠️☠️☠️☠️ Review: LIZZIE at Greenwich Theatre
3 Things to do on and after International Women’s Day in London →