Interview: Figs in Wigs on Croydon

We delved into their brains to find out what makes them tick, what takes them to Croydon, and what they get up to when they’re not making audiences fall about with loony laughter…

What is FIGS IN WIGS and what’s your message for the world?

Figs in Wigs is the lovechild of five experimental theatre makers who share a love of bad puns and disco floorfillers. The message is: don’t shoot the messenger.

We’ve followed your work for years now, what do you think makes a Figs in Wigs show different? Who or what inspires you to make your work?

Perhaps what makes it different is that it’s different every night. Our shows, like our favourite clothes, are loose fitting and susceptible to being misshapen whilst in the throes of the performance. Ad libs, broken drumsticks, five million costume changes – something always goes wrong which means no two shows are the same. Though most audiences find it hard to tell when a mistake is deliberate or accidental. Our inspirational material is hugely varied and ever increasing, but right now Backstreet Boys are top of the pile. 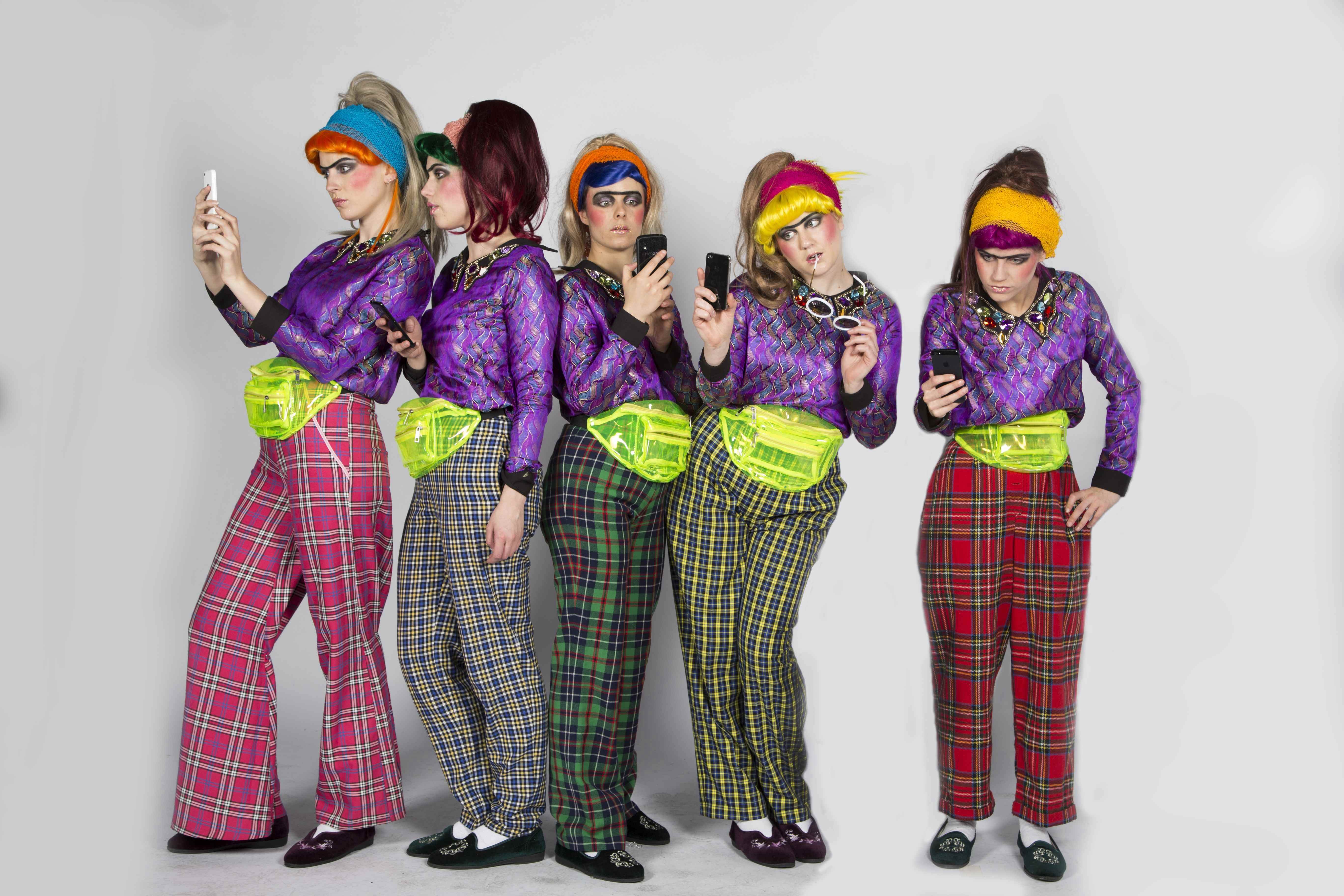 Croydon is often thought of as a bit of a cultural abyss but Croydonites looks to change that. What’s the appeal of Croydon to you?

What should an audience expect to see at your Croydonites outing?

Show Off is a theatre piece, masquerading as a variety show, featuring Figs in Wigs as all of the five acts. We wanted to explore the relationship between social media and narcissism and we thought the best way to do this was to make a show entirely about ourselves. Expect excessive hula hooping, too many costume changes and five women taking being silly very seriously. We like to think of it as organised chaos.

What are your favourite places to go in Croydon and beyond?

Matthews Yard in Croydon – does a mean lemon drizzle.

Palace Bingo – Elephant & Castle – we may have our staff party there.

The Glory – it’s like the better gay version of Cheers.

Karaoke – anywhere, but our pals at Hot Breath Karaoke do the best nights.