Interview with Ellen Thomas, star of The Hotel Cerise 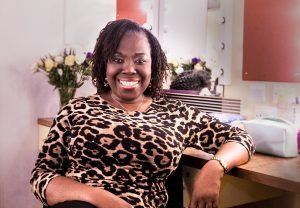 The Hotel Cerise, now running in Theatre Royal Stratford East, explores what it is to be a black American in the current political climate of Trump and Black Lives Matter. The story follows a middle class family, led by Ellen Thomas as Anita Mountjoy, who need to deal with the loss of their once famous retreat which once greeted the likes of Martin Luther King and Miles David during segregation. With the possible sale of their estate, also comes the unknown fate of the Presidential election.

Bonnie Greer’s new play is inspired by Chekov’s ‘The Cherry Orchard’, but my having very little knowledge about Checkov did not make this play inaccessible; the themes are current, with the possibility of a new dawn of American ideology rising – if Trump does get into the Oval Office, how will this affect a now divided country? The ghosts of the hotel remind the residents that the foundations of their lives are easily removed.

After seeing the show, we interviewed Ellen about the play, her views on the upcoming election and being a black actor in Britain. Watch above.

The cast is strong and the stage set is beautiful. Go see!

← WIN TICKETS! A Pacifist’s Guide to the War on Cancer at the National Theatre
Not the Usual Interview: Jon & Nath – Sketch Comedy Duo →