We caught up with the decadent & divine Irish-French chanteuse Camille O’Sullivan to get the skinny on her joining one of our favourite Christmas shows; La Soirée and her in the round extravaganza at the Roundhouse in January 2016.

Can’t decide, it felt a great year! Well two… winning an Australian Helpmann award for best performance for our sold out Sydney Festival Gigs and singing recently at lovely Wilderness Festival, Radiohead songs with a 50 piece orchestra, it was mad and magical!

Are you excited to be back in the helm at La Soirée after a few years sabbatical?

I’m delighted to be back, the show is a joy to be part of, edgy, fun, bonkers and unsettling. I was part of the original cast so I always love coming back to it and miss being with the lovely crew when I’m not part of the magic.  I’m getting my red sparkly shoes reheeled today so there will be no slipping on stage when I sing ‘in these shoes’! 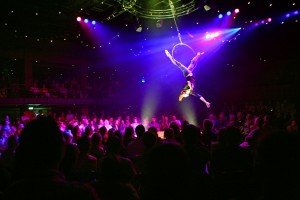 What makes the show so appealing for you?

I love the intimacy of performing so close to the audience and that it is in the round, nowhere to run or hide, everywhere is a stage including an audiences lap! The show is a brilliant variety of unique performers, like an old fashioned circus show,  all talented in different areas, gravity defying gymnasts, singers, comedians, sword swallower, elastic man.. a wonderful kaleidoscope of a night ,each performers act is a wee gem of a show in itself

What are you most looking forward to in 2016?

What are your favourite things to do for little money in London?

Walking eastwards along regents canal early morning at dusk before cyclists arrive, walking In Hampstead Heath, crossing over embankment bridge on a summer night, looking at skateboarders and street performers at Southbank, wandering around Soho and sketching in National Portrait Gallery. 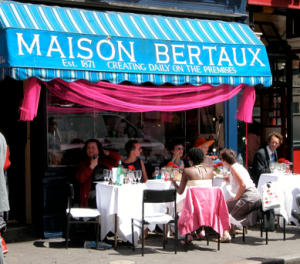 What are your favourite haunts to go to when you’re in London? (to relax, to party & to escape)

Camille O’Sullivan will be performing in La Soirée from 21 December at the La Soirée Spiegeltent at Southbank Centre, www.la-soiree.com.

Camille O’Sullivan’s solo show will be at the Roundhouse on 31 January 2016, www.roundhouse.org.uk

← Win tickets to Voyages Extraordinaires inc. complimentary bar
Unmissable Things To Do in London in 2016 →