How to avoid the Olympics – Euro Festival Guide

As London 2012 approaches, some of you are already anticipating the thrill of being so close to this long-awaited opportunity to take pride in the city, show the world our charms and watch some intense competition and sporting feats.

Some of you however, are dreading the overcrowding, constant disruption and over-emotional sports fans that this huge, expensive event will bring to our stamping ground.

If you belong to the latter group and have interests lying less in sports and more in music and arts, perhaps there’s a better way… If you’re looking to escape from the madness and can manage to muster up some time off, a bit of ready cash and a tent, what could be better than popping off to a festival in Europe this summer?! You can get away from town, and give yourself an audio-fuelled break whilst taking in some of the culture, history or sun of a country where Jessica Ennis will not be the name on everybody’s lips. 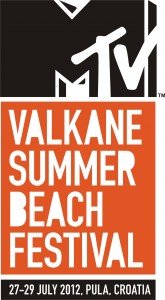 As Danny Boyle tests his big bell in front of his army of children on July 27th you could be getting ready to forget it all and dance away the weekend at Valkane Summer Beach Festival in Croatia. For the bargain price of 55 euros, your 3 days are split so you can enjoy techno and electro on Friday, dance and club sounds on Saturday and there will be a Rock and Pop day on Sunday. And if you’re feeling a yearning in your hamstrings for a little activity in the spirit of your hometown, you can even take part in beach based sporting activities such as surfing, beach football or the ‘aquathon’! 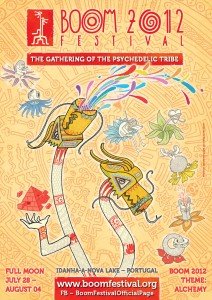 If you really want to rebuff the corporate bulls**t and endless promotion, how about indulging in a little Alchemy – the theme of this year’s self proclaimed alternative reality, Boom Festival 2012. This week-long spiritual gathering in inland Portugal from July 28th– August 4th will move your mind, body and soul, far from the kicking and hitting of balls, shooting of guns and splashing about in the Serpentine. There’s a perfectly beautiful lake to play in instead, and you can channel your energy into the collective consciousness (that is, if you don’t use it all up dancing to a programme of psycadelic-trance lasting until the early hours).

Middle weekend of the Olympics…

The middle weekend of the Olympics sees that start of the ever popular athletics on Friday 3rd August, and in the European music festival world, it’s a turn to the more mainstream also, with 3 festivals all boasting an exciting and varied program of names. 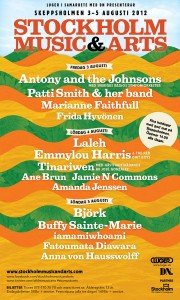 Zoom in through an alliteration of locations – Scandinivia to Sweden, to Stockholm, to the island of Skeppsholmen and the Stockholm Music & Arts Festival, where some big internationals including Bjork, Antony and the Johnsons and Patti Smith, mix with Swedish favourites led by Laleh. This festival will set you back the equivalent of around £140 (without camping), but you will get to take in the beauty and on-trend culture of this urban waterworld in between your bouts of uber-cool music. 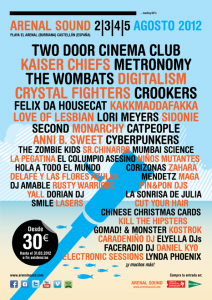 For a weekend of a different kind of  S’s, head to Arenal Sound Festival in Spain where sun, sea, sand and sounds are the order of the day. Music starts from Tuesday 31st July, with the main acts on from Thursday, including headliners each day: Metronomy (Thurs), Kaiser Chiefs (Fri), Two Door Cinema Club (Sat) and The Ting Tings (Sun). All this for just 40 euros – or 65 euros if you want to camp in one of the festival’s beach-side campsites (maintained 24-hours a day).

The bargain of the weekend is Off Festival in Poland, where for a mere 50 euros (including camping) the eclectic program includes Fanfarlo, Akron, Battles, Baxter Dury, Henry Rollins, Metronomy and Sleep Party People, to name but a few. Flights start from £94, so rent out your room in London and you might actually stand to make some cash!

Closing weekend and while Carolina Kluft may be hoping to jump to victory for the last time, you may be jumping onto a plane to her part of the world, where Sweden and Norway have their own competition: Oya Festival in Oslo versus Way Out West Festival in Gothenburg. 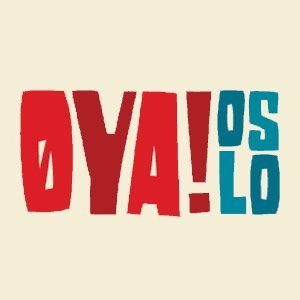 Oya Festival kicks off on the 7th August with a program of over 200 bands including Best Coast, Florence + The Machine, Refused, Bon Iver, The Afghan Whigs, First Aid Kit, Mazzy Star , St Vincent, The War on Drugs, Metronomy, Here We Go Magic, Feist, and Foals (DJ Set), St. Etienne, Azealia Banks, SBTRKT, and Ane Brun, as well as headliners The Stone Roses, Bjork, and The Black Keys. Oya festival tickets are around £225, and don’t include camping. You’ll have to fork out a bit extra for a place to stay, but you will be able to stay relatively clean and dry and won’t be living in fear of someone passing out on top of your tent.

Way Out West doesn’t start until the 9th, allowing time for all the Swedes to tune in on the 8th for Kluft’s long jump. But they’ll still be packing in a whole load of acts, some of whom will be doing the double: the first 12 names above will be playing at both festivals over the weekend, as will The Black Keys. Way Out West also plays host to Ben Howard, Blur, Deportees, Django Django, Hot Chip, I Break Horses, and more. It comes in at a fraction less for a ticket – around £180 (no camping) and is expected to sell out… so get cracking if you fancy this one.

Does anyone watch the Paralympics? I hear you ask. Well, perhaps not so many as the main program, but you can bet your bottom dollar (euro or pound) that it’ll still all be pretty hectic in our capital. 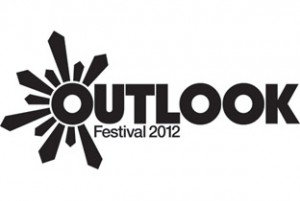 If you fancy an easy and cheap getaway for the whole of the paralympic period, Croatia might just have your name on it. Fort Punta Christo to be precise, which will be hosting two festivals back to back: Outlook Festival from August 30th to September 2nd, which will focus on hiphop reggae dubstep and drum and bass; and Dimensions Festival, 6th-9th Sept, geared more towards house and techno. A dual ticket for both festivals is about £240 and camping is arounf £9 per night. 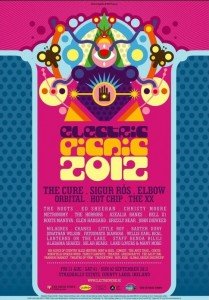 If dance isn’t your cup of tea how about something a little closer to home? Electric Picnic in Ireland is a little more pricey at 230 euros for the weekend, 31st Aug- 2nd Sept but it’s now in its 8th year and going strong with names such as The Cure, The Killers, Elbow, Orbital, Hot Chip, The xx, Patti Smith, Squarepusher, The Maccabees, and newly reformed Grandaddy. 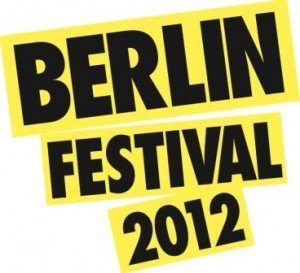 The weekend after is Berlin Festival, which will get you on your feet seeing multiple venues in this fantastic city. Tickets are just 74 euros or 49 euros for one day. Friday’s line-up boasts Grimes, Kate Nash, The Killers and Sigur Ros, while Saturday includes Friendly Fires, First Aid Kit and SBTRKT. 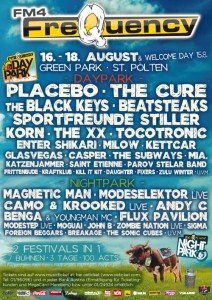 Really want to get away? Why not festival hop for 6 weeks and throw in FM4 Frequency Festival in Austria, 16th– 18th for 134.50 euros and Rock En Seine in France, 24th – 26th for 109 euros (and if it’s The Dandy Warhols who float your boat, these two are the only festivals they’re making an appearance at this summer). With rooms in London currently being offered for between £40 and £80 per night over the Olympics, maybe it won’t cost you as much as you’d think…

Elbow might have composed the BBC’s theme for the games, but they’ll be better once live than a couple of hundred repetitions of the same song, eh?