HOW VERY! The HEATHERS Phenomenon: Heathers the Musical + Movie Re-Release

The cult teen black comedy Heathers is taking over London this summer, with the hotly anticipated Heathers The Musical already open and a 30th Anniversary 4K restoration set for release in cinemas from 8th August!

So why has London gone corn nuts for Heathers?

Heathers is the no-holds-barred story of troubled teen Veronica Sawyer and her journey through a teenage wasteland of suicide, high school and the worst clique of all…the HEATHERS! The film may be 30 years old this year, but the story certainly still resonates with teens and kidults in 2018.

The original Off-Broadway show was a devilish triumph and the arrival in London at The Other Palace Theatre is very exciting indeed. To Do List was lucky to attend the first preview on 12 June, an electric night at the theatre with a mostly female audience whooping and rooting for the underdog antiheroes throughout.

The musical speeds up the action and is a lot less broody than the film. Despite a few song changes (we’re not sure if these were necessary – we miss ‘Blue’) – the extraordinary writing and ear worms really do cross the pond and should make a big impact in London. Carrie Hope Fletcher’s Veronica marries sublime vocals with an offbeat attitude that makes the musical such a knockout.

Do get your tickets now, as the show is in high demand and there are already only a few left! We hope the show extends or transfers to get a longer run for all the fans – and new recruits – out there. 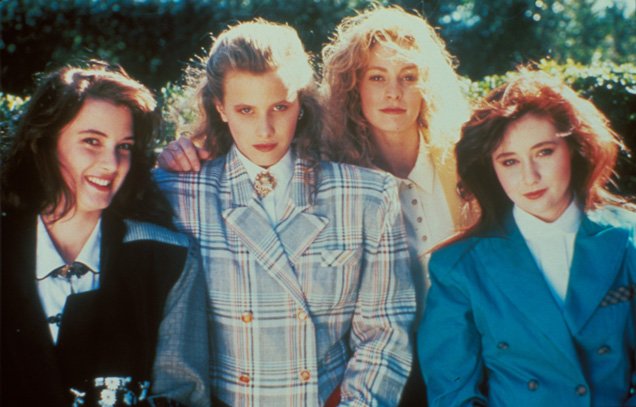 The movie is a darker beast altogether, starring the king and queen of weird Winona Ryder and Christian Slater in the title roles of Veronica and JD.

If you haven’t yet seen the cult movie, it’s worth booking a ticket to see the Arrow Films 30th Anniversary 4K restoration at the home of offbeat film, The Prince Charles Cinema – or if you want a big night out why not head along to the BFI where Arrow Films will be hosting a special Heathers event where Director Michael Lehmann and one of the iconic Heathers, Lisanne Falk, will attend a screening and Q&A.

If you’re feeling reclusive like JD, the movie also is available on digital and on demand from 20 August.

If you really can’t get enough Heathers, read this from the BFI…