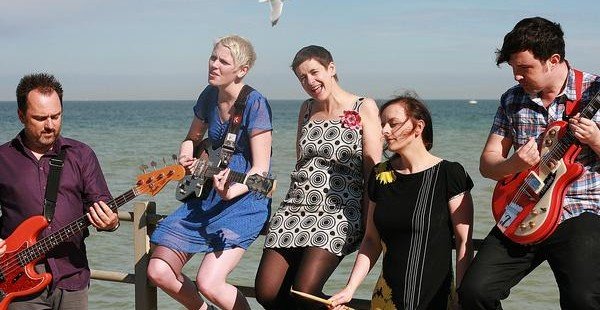 Bank Holiday HURRAH! But what are you actually going to do? Here’s our guide to today including folk, tupperware, tattoos and more…

2 for 1s include the Design Museum, Hampton Court Palace, the V&A for British Design Exhibition and lots more. So be sure to get day tripping!

Bank Holiday All Day Folk Festival at the Old Queen’s Head. This is the official launch of Two For Joy Music (offspring of The Magpie’s Nest), and sees 17 bands converge at the pub and play across two stages from 2pm – 11pm. Featuring performances from the hottest emerging talent from the UK folk scene plus heaps of local bands from all over the country, your one-stop-shop for a jam-packed folk out.

Critics and audiences have howled with laughter as Dixie throws a good ol’ fashioned Tupperware Party filled with outrageously funny tales, heartfelt accounts, FREE giveaways, audience participation and the most fabulous assortment of Tupperware ever sold on a theatre stage!

The Body Adorned exhibition reveals how a diverse population clothe and adorn their bodies to find their place in the metropolis. Over time, saris, tattoo parlours, nail bars, distended ears and scarifications have become a visible, everyday part of the London cityscape. But how did cultural adornments become integrated into urban London life?

PECKS IN THE SKY presents Tender Trap and more…

Five of the very best acts around, performing from late afternoon until early evening at the lovely Wilmington Arms in Farringdon:

← David Shrigley: PASS THE SPOON + dance with him and Deller for FREE!
Book now for arty spectacular ‘Ludskis: May Parade’ at Rio Cinema – tickets just £6 →