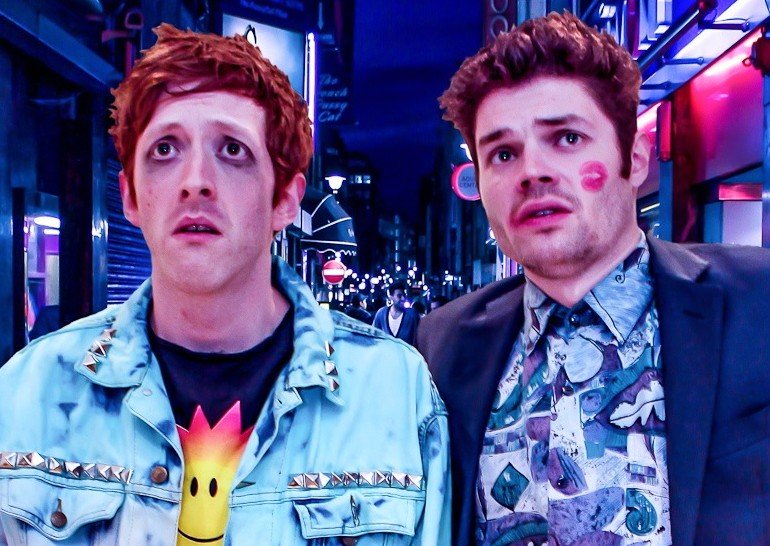 We’re very excited about catching depraved (we love depravity by the way) comedy duo Guilt and Shame tonight, and deciding to join us will make up for for every bad decision you’ve ever made!

With a live DJ, banging soundtrack, dance numbers and a steady supply of megalolz, this is the funniest and wildest party you could ever hope to crash.

Join eternal virgin Rob and tragic man-slut Gabe as they endeavour to put an end to their sinful ways, regain liver function and find The One. But only after one last debauched adventure.

Going out with a bang – or so the plan goes – Up All Night sees Guilt & Shame live up to their name with a night of painful sexual encounters, paranoid drug dealers, poetry loving transsexuals, talking penises and a soundtrack worthy of the craziest club night. Dragging you down to their level with plenty of audience participation, Up All Night makes sure it’s not just the boys who will emerge guilt ridden and shamed from their latest attempt at the straight and narrow.